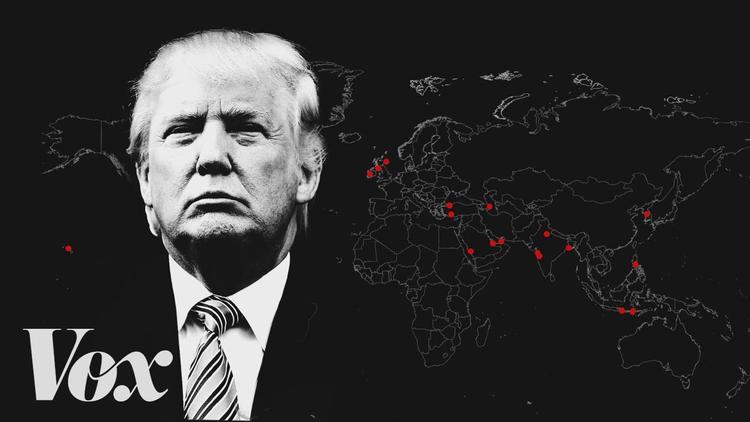 When the late Roger Ebert saw director Vincent Gallo’s film The Brown Bunny at the Cannes Film Festival in 2003, he gave it one of the most savage appraisals that ever appeared under his byline. Ebert, who was known to end reviews of aggressively terrible movies with “Your movie sucks,” called it “the worst film in the history of the festival.” Gallo did not take the criticism well, lashing out at the film critic by calling him “a fat pig” with the physique of a “slave trader” and hoping that he would contract colon cancer.

Ebert calmly swatted Gallo’s ugly remarks away with this devastating reply: “Although I am fat,” he said, “someday I will be thin. And Vincent Gallo will still have been the director of The Brown Bunny.” Ebert, who did in fact get thin, had the last laugh, ending his life as a revered writer and humanist, while Gallo would always be tainted by the nastiness he directed at America’s most beloved film critic. The Brown Bunny was a career-ending movie, and Gallo has never directed or appeared in another significant film.

Ebert’s retort is something that Democrats should keep in mind when contemplating their current predicament. Over the weekend the Republican Party dutifully lined up behind its own Orange Bunny, a bitter old man whose boundless narcissism and embarrassing childishness led him to destroy his first several days in office with a litany of own-goals and unforced mistakes. His first act as president was to strip low-income homeowners of a tax credit and sign a theatrical but meaningless executive order about Obamacare. On Saturday millions of people around the world poured into the streets to demonstrate their unified opposition to everything he represents.

Trump did not seem to enjoy the juxtaposition of the tiny audience for his Twenty Minutes Hate speech with Saturday’s hopeful, peaceful throngs of protestors in DC and cities across the globe. He Tweeted angrily (“Watched protests yesterday, but was under the impression we just had an election!”). He showed up at CIA headquarters to deliver a rambling, self-indulgent, self-congratulatory speech-of-consciousness in which he bragged about his crowd sizes and packed the room with underlings so his remarks wouldn’t appear to land with an empty thud. The gathered agents looked on in horror as he patted himself bizarrely on the back in front of a wall inscribed with the names of fallen officers.

Later in the day, he gangplanked his horrifying press secretary Sean Spicer into the press briefing room armed with a bunch of blown-up pictures and a mandate to tell the gathered reporters that while there is no way to count crowds on the Mall, Trump’s was the largest in history. A viscerally angry Spicer – a man destined to be one of the first talentless sycophants humiliated and discarded by Trump – then left the room without taking any questions from the stunned reporters at all.

Had Spicer really just lied to the entire press corps about something – the comparatively small crowd – that was captured on film and backed up by every available piece of evidence? Was this really what Trump wanted to talk about on his first full day as the President of the United States? What kind of man is so consumed with insecurity that he is filled with rage and resentment the day after his party completes its takeover of all three branches of government? The astonished press corps is now wondering whether showing up for briefings will serve any purpose at all if the administration is willing to lie so brazenly.

Trump’s disastrous first weekend in office should remind Democrats of one simple, Ebertian reality: It is true that today they have almost no power in Washington. But someday, they will recapture it. And the members of today’s Republican Party will always have been the enablers of Donald J. Trump.

The Republican Party will be the sole proprietor of whatever calamities happen in Washington, DC for at least the next two years. It’s no longer ‘if you break it, you own it’ – they are now the Pottery Barn shareholders and Trump is the CEO. And today’s elected Republicans will be tied to Trump for the rest of their sordid careers, by their own selfish design. The capitulation of the institutional Republican Party to Trump’s takeover has been depressingly total. Even elected Republicans like John McCain who continue to be sharply critical of Trump in public have done nothing meaningful behind the scenes to stop his looming abuses of power. Like Marco Rubio, they make a show of opposing him only to capitulate in the end.

Senate Republicans appear set to confirm the entire rogue’s gallery of cabinet officials who are either depraved, incompetent, corrupt or frequently all three. The party’s leaders, as well as it rank and file, have decided that repealing the Affordable Care Act – a self-destructive and cruel move that is now opposed by a clear majority of Americans – and depriving millions of health insurance are such important national goals that they will trade literally anything to achieve them.

In the end, what they may have traded is the party’s future.

Republican leaders knew exactly the gamble they were taking. They would hand the office to a pathological liar and give him his ethnic cleansing and his Depression-era trade war. In return, the incurious new president would agree to subcontract the remainder of domestic policy to the government-drowners at the Heritage Foundation and the financial Visigoths at Goldman Sachs. The rich would get richer, and Trump would take the blame for anything that went wrong.

Like any deal made with Donald Trump, it’s already looking lousy. The new president enters office saddled with multiple, crippling, self-inflicted scandals, lacks utterly a reservoir of goodwill with a majority of Americans, and currently sports a post-Hurricane Katrina George W. Bush approval rating that is unlikely ever to match that of President Obama, unless he miraculously wakes up one day after 70 years with a new personality and some semblance of a clue. His numbers are already bad enough to lead to catastrophic midterm losses for the party, and the inept transition managed the almost-inconceivable feat of turning a decisive majority of Americans against him even before he took office. And rather than growing into the office, Trump seems to determined to shrink its stature and dignity to fit him. We can only hope that this man who can be baited by just about anything – Tweets, protests, late-night comedy sketches – can make it through his presidency without getting us all killed.

If the first few days of Trump’s presidency are like an audience screening at Cannes, there is only one simple piece of feedback that we can deliver so far: Mr. Trump, your presidency sucks.