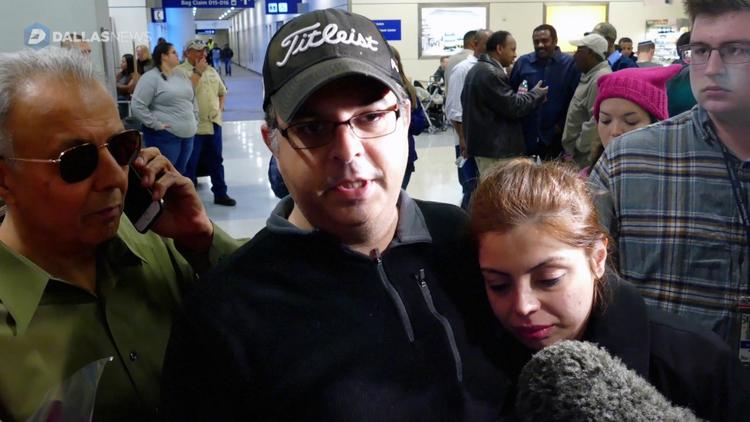 Update: A spokeswoman for the Department of Homeland Security told Reuters on Saturday morning that the President’s executive order will, in fact, stop green card holders from seven countries from returning to the United States if they travel abroad. “It will bar green card holders,” the spokeswoman said.

When details leaked earlier this week about a spate of immigration-related executive orders from President Donald Trump, much public discussion focused on a 30-day ban on new visas for citizens from seven “terror-prone” countries.

But the order signed this afternoon by Trump is actually more severe, increasing the ban to 90 days. And its effects could extend well beyond preventing newcomers from Iran, Iraq, Libya, Somalia, Sudan and Yemen, from entering the U.S., lawyers consulted by ProPublica said.

Are you from Iraq, Iran, Syria, Yemen, Sudan, Libya or Somalia and live in the United States either on a visa or a green card? We want to hear from you if President Trump’s travel ban is impacting your life. You can email us at travelban@propublica.org, or text me an encrypted message using Signal to (609) 613-0526. Share your story.

It’s also expected to have substantial effects on hundreds of thousands of people from these countries who already live in the U.S. under green cards or on temporary student or employee visas.

Since the order’s travel ban applies to all “aliens” 2014 a term that encompasses anyone who isn’t an American citizen 2014 it could bar those with current visas or even green cards from returning to the U.S. from trips abroad, said Stephen Legomsky, a former chief counsel to the U.S. Citizenship and Immigration Services under President Obama.

The order bans the “entry” of foreigners from those countries and specifically exempts from the ban those who hold certain diplomatic visas.

Not included in the exemption, however, are those who hold long-term temporary visas 2014 such as students or employees 2014 who have the right to live in the United States for years at a time, as well as to travel abroad and back as they please.

“If applied literally, this provision would bar even those visitors who had made temporary trips abroad, for example a student who went home on winter break and is now returning,” Legomsky said on Friday evening executive order.

Trump made “extreme vetting” of foreigners a cornerstone of his campaign, particularly those from countries that are predominantly Muslim and that he considers hostile to the U.S.

“I’m establishing new vetting measures to keep radical Islamic terrorists out of the United States of America. We don’t want them here,” Trump said this afternoon, describing the intention of the executive order. “We want to ensure that we are not admitting to our country the very threats our soldiers are fighting overseas.”

Trump signed the directive just before 5 p.m. but it took the White House almost three hours to release the actual text.

About 25,000 citizens from the seven countries specified in Trump’s ban have been issued student or employment visas in the past three years, according to Department of Homeland Security reports.

On top of that, almost 500,000 people from the seven countries have received green cards in the past decade, allowing them to live and work in the United States indefinitely. . .

The White House did not immediately respond to a request for comment asking for clarification on the meaning of the executive order.

Citizens of Iran and Iraq far outnumber those from the other five countries among green card and visa holders. In the past 10 years, Iranian and Iraqi citizens have received over 250,000 green cards.

Iran also has the 11th most students in the U.S. among foreign nations, according to the Institute of International Education’s Open Doors report, which tracks the demographics of international students.

“We are inundated with calls and questions of how this is going to affect people,” said Jamal Abdi, policy director for the National Iranian American Council, an organization that advocates for better relations between Iranian and American people.

Abdi is concerned the temporary ban will become permanent. The order says the 90-day ban is meant to allow the U.S. and the seven targeted countries to discuss what information would need to be shared in order to start granting visas once again. But if no agreement is reached, citizens would remain blocked from entry.

“My interpretation is that the Iranian government is not going to comply regarding sharing information,” Abdi said, “which would render this a permanent ban.”