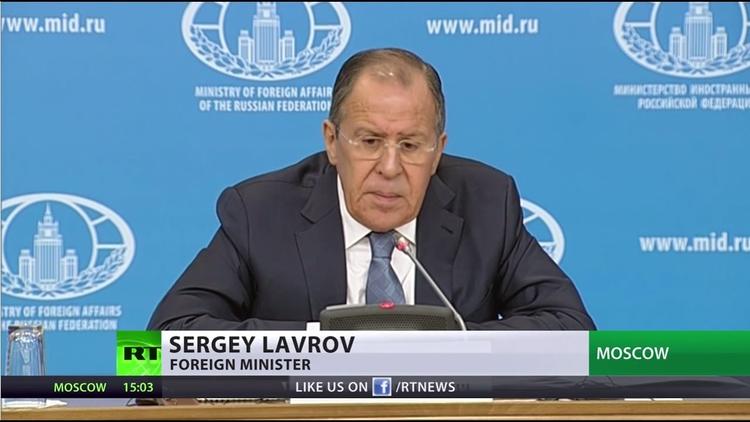 The Middle East keeps going its way as usual, continuously creating global news headlines. Two such current and hot news events are the much awaited peace talks in Astana, the Kazakh capital, between the Syrian government and the diverse rebel groups under Russian–Turkish initiatives, and the Paris summit to revive the long-stalled peace negotiations between the Israelis and the Palestinians to try the two-state solution one more time, initially proposed by the Quartet on the Middle East (composed of the U.S., the EU, Russia and the UN) in 2003. There is no silver bullet to find quick solutions to such complex conflicts; yet, the Astana peace talks promises some silver lining, if the Bashar Al-Assad government commits to bring about fundamental changes in Syria’s traditionally anti-people political and economic power structures.

Peace talks in Astana are scheduled to kick-start on January 23. A number of notable features make the talks distinctive, compared to the previous three rounds of unproductive Geneva peace negotiations on Syria under UN auspices. This is the first time that two non-Western states – Russia and Turkey are spearheading the Syrian peace process. Neither the U.S. nor are the European powers invited. The main parties are Russia, Turkey, Iran, the UN, the Syrian government and the Syrian opposition, excluding the Jabhat Fateh al-Sham (formerly the al-Qaeda-affiliated Jabhat al-Nusra Front) and the Islamic State. Turkey’s attempts to invite Saudi Arabia and Qatar to the Astana talks fell flat, primarily due to Iran’s objections – a development that answers Tehran’s tit for tat for Riyadh’s persistent opposition to include Iran in the Geneva peace process. Secondly, abandoned by their regional and extra-regional supporters in the wake of the fall of eastern Aleppo, the last major rebel stronghold, the major rebel groups are now helpless and hapless, while the Assad government is set to negotiate from a position of strength and possibly dictate the terms of any forthcoming agreement. Still, hardly there is any alternative for the rebels to negotiating peace to facilitate their social and political rehabilitations in Syria. The long slogan of ‘Assad Must Go’ has now become an emphatically empty slogan, despite a long delegitimizing campaign by rebels of various stripes and their powerful backers.

The road to Astana

What leads to Astana is a host of factors set in motion long before the collapse of the rebels in eastern Aleppo. One such important factor was the abortive mid-July 2015 coup to topple President Recep Tayyip Erdoğan, resulting in a big shift in Turkey’s foreign policy – from a traditionally pro-U.S. to a pro-Russia policy stance. President Erdoğan’s perceived Western role in the coup, especially America’s refusal to extradite his political foe Fethullah Gulen to Turkey to stand trial, led him to mend ties with Russia seriously strained by the downing a Russian military jet by the Turkish air force in late November 2015. President Vladimir Putin adeptly exploited the post-coup developments to draw President Erdoğan to his side, and decided to lift the economic sanctions imposed on Turkey after the jet incident. The Russian–Turkish rapprochement soon unleashed significant realignments in Syrian–Turkish and Iran–Turkish relations.

There were reports that the Syrian and Turkish governments were secretly meeting in Algeria. Emerged from the secret meetings was an understanding on two important issues: no longer would Turkey demand a regime change in Damascus, and neither Syria nor Turkey would accept any autonomous or independent Kurdish enclave on the Turkish–Syrian borders. Fed up with America’s flirtation with Kurdish People’s Protection Units (YPG), the armed wing of the Syrian Kurdish Democratic Union Party (PYD) which Ankara suspects of having ties to the outlawed Kurdistan Workers Party (PKK), to fight the Islamic State, President Erdoğan viewed the new compact with Syria, fully backed by Russia and Iran, more conducive to Turkey’s security interests. Together with this compact came Turkey’s decision to close or effectively monitor the long borders with Syria to cut off the flow of supplies and fighters to the rebel groups – a long demand of Iran and Russia. The fate of the rebel groups in eastern Aleppo was thus sealed.

The reconfigurations in Syrian–Turkish interests initiated some moves to reconcile differences in Iran–Turkey relations. Ankara and Tehran, historical rivals for hundreds of years, have supported opposite sides in the Syrian civil war. For Iran, the primary interests are to defend its only strategic Arab partner – the Al-Assad government and thus maintain the lines of communications with its Lebanese ally Hezbollah. Another vital Iranian interest is to fight and defeat the Islamic State to safeguard the Shi’a-dominated government in Baghdad. Turkey sees a historical link to the Levant and aims at protecting the ethnic Turkmen enclaves both in Syria and Iraq – an Ottoman legacy, and preventing the rise of a Kurdish state under PKK or PYD that would someday jeopardize its control over Kurds-dominated southeastern parts of the Turkish homeland. The interests of the Gulf Arab states, particularly Saudi Arabia and Qatar, further complicated Iran–Turkey differences. Qatar and Turkey jointly fund and support the Muslim Brotherhood and other Islamist fighters (Ahrar Al-Sham is such a group of fighters but linked to Jabhat Fateh Al-Sham) to bring down the Al-Assad government; Saudi Arabia is out to contain Iranian influence in the region and openly backs the majority Sunnis to bring down the minority Alawite government in Syria; Riyadh also supports the minority Sunnis against the majority Shi’as in Iraq. Free from regional and sectarian tensions, Russia has sought a heroic return to the Middle East as a great power to defend its strategic interests and allies and to deny the U.S. the capacity to set and shape the regional agenda.

Contradictory interests notwithstanding, Iran and Turkey have managed to patch up their relations concerning Syria. Not to speak of Turkey’s dependence on Iranian and Russian oil and gas to keep its economy running, all three states perceive the Islamic State as an impending threat, as a major regional destabilizer. Iran and Turkey also view the possible emergence of an independent Kurdish state as grave threats to their territorial integrity, as both have restive Kurds inside their respective states. Iran and Turkey also see the political independence and territorial integrity of Syria as a precondition to prop up the regional status quo. The defeat of the rebels in eastern Aleppo and the move towards Astana peace talks are the outcomes of this perfect political chemistry in Syria–Turkey and Iran–Turkey relations, aided by Russia.

Still, peace in Syria largely depends on making changes in domestic political, economic and cultural spheres. Syria is a complex society with diverse ethnic, religious, sectarian and cultural denominations held together, until the outbreak of violence in March 2011, by the iron-fist rule of the Syrian Ba’ath Party. Things have changed much since then. Reconciliations between the government and diverse rebel groups to rebuild the nation are conditional to real changes in domestic political and economic order, not vague promises of amnesty to the rebels and national elections. There must be discernible changes in the political power structure to accommodate the interests of different groups to initiate a meaningful transition from one party authoritarian rule to a democratic system of governance, with guarantees for all Syrians to restart a new life, a life free from political repressions, extreme poverty and social injustices.

The current generation of Syrians has lived under an all intrusive state of emergency law, first enacted in 1963 and periodically renewed thereafter. President Bashar Al-Assad, after assuming office in July 2000 following the death of his father President Hafiz Al-Assad, promised to relax political controls, reign in the extraordinarily powerful security services, introduce economic reforms and allow the Syrians basic human rights. But nothing substantially changed in the face of opposition by the ‘old guards’ – party bosses, army generals, security services officials and vested economic interests. His efforts simply culminated, what critics say, in modernizing authoritarianism in Syria. The anti-government uprisings were outright rejections of this old power structure. For the Astana peace talks to usher in any success there must be guarantees for changes in the political and economic order of Syria.

In parallel with changes in domestic power structure, the Astana talks need to draw in the regional and extra-regional states with significant involvements in the Syrian conflict as guarantors of peace. Iran has already ruled out Saudi participation in the Astana peace talks; Foreign Minister Mohammad Javad Zarif has also publicly opposed an invite to the U.S. – a development that may eventually put extra strains on the peace process. Outgoing U.S. Secretary of State John Kerry indicated in last September in a meeting with representatives of the Syrian rebel groups at the Dutch UN mission, as revealed by the WikiLeaks, that his country saw the Islamic State as a pawn on the chessboard, as a bargaining chip to force the Al-Assad government to make concessions. A secret line of communication between the U.S. and the Islamic State to create unexpected obstacles to peace negotiations may not be that surprising, given Kerry’s comments and America’s track record of conniving with the Islamists in Libya. The Gulf Arab states may not also view the total collapse of the Islamic State or other Sunni Islamist groups in Iraq and Syria in a positive way since that would permanently embolden the Shi’as-led governments in Baghdad and Damascus as well as the Iran-backed Shi’a militant groups in Iraq.

There is a definite need to make the Astana peace talks more inclusive. Iran, Russia and Turkey should pursue smart diplomacy to tide over all overt and covert obstacles to peace in Syria. Otherwise, the Astana peace talks might end up negotiating just an extension of the nation-wide ceasefire, approved by the UN on December 31, exchange of prisoners and so on. Peace in Syria depends on meeting domestic as well as external requirements.

RT: “Lavrov: It’s right to invite US to Syria talks in Astana”