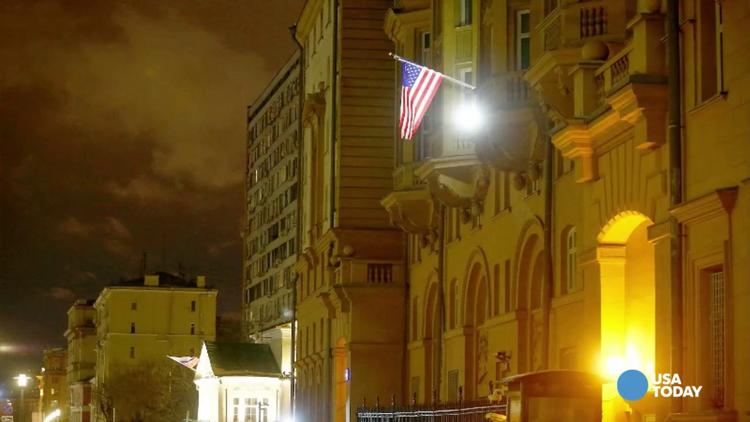 Buzzfeed has published the unverified allegations by a former MI6 analyst with good Russian contacts, contained in a two-page hitherto secret annex to the US intelligence community’s report on Russian hacking and interference in the 2016 election. These two pages have circulated in Washington for months. David Corn talked about them, though not with salacious detail, in October, and then Senate minority leader Harry Reid wrote a sharp letter to FBI director James Comey about them.

The notion that Donald J. Trump might have been recorded doing kinky things on business trips to Moscow or St. Petersburg is plausible, but people should be careful here. It isn’t proven, and intelligence professionals gather a lot of raw intelligence that is nonsense. The specific allegations in the annex don’t make much sense (urolagnia is a fetish for sexual satisfaction, not an instrument of revenge on a political opponent).

Note, too, that it is just as plausible that the National Security Agency and/or the Central Intelligence Agency have data on Trump in Russia. If Trump were in contact with Russians whom the NSA was monitoring then they would have ended up monitoring him, as well.

That is,if the worry is that foreign intelligence agencies could blackmail someone like Trump, why isn’t it equally worrying that the US government could? J. Edgar Hoover used to blackmail congressional representatives all the time.

The unusual thing here is that even if Russia had such video, it is difficult to see how they could damage Trump. The people who elected him knew that he had appeared in pornographic videos, liked to tour the dressing rooms of the Miss Teen contests when the contestants were naked, and gropes random women in public places. That he paid for a golden shower or two isn’t even the most disgusting thing in his closet (at least if it was paid for it was consensual). So I think if Russia threatened him with being outed, he could just brush them off. The evangelical ministers who encourage their flocks to vote Republican have decided that they are all about forgiveness when it comes to Trump. I wouldn’t have said this last year this time, but the guy is teflon on the right.

If Trump has a vulnerability with regard to Russia, it is far more likely to be financial. He kept going bankrupt (six times!) as a strategy to avoid paying creditors, and understandably real banks stopped wanting to lend to him. The Financial Times alleges that Trump then got in bed with very wealthy figures from, e.g., Kazakhstan, who loaned him money or licensed his name for, e.g., the Trump Soho, in which he was a partner with a shadowy Kazakh figure. But FT suggests that the quid pro quo was that he got them into the New York real estate market, which they then used for money laundering. Money earned from embezzling (say, from the Kazakh ministry of petroleum) or criminal activity needs to be laundered before it can be openly invested. The criminal claims that the ill-gotten funds are profits from an investment, e.g. The FT thinks Trump may have, knowingly or naively, facilitated this kind of activity. If it was knowingly, of course, that was a heavy duty crime.

Or there is the Washington Post‘s expose of Trump’s relationship with a Russian “businessman” whom the Post characterizes as possibly having links to organized crime and whom, the Post alleges, former business partners accuse of routinely threatening to kill them.

In fact, big business people often seal deals at strip clubs, and sex parties in St. Petersburg were likely to be sweeteners for a business deal. Only puritan Americans would think it was the sex party that was the important thing.

James S. Henry in The American Interest surveyed several cases of Trump’s sketchy financial relationships with Russian or Former Soviet Union Oligarchs. Henry doesn’t allege criminality in these relationships, though the accounts he gives heavily hint at it. And if there was ever a place where Honore de Balzac’s maxim in Le pere Goriot was true, it is post-Soviet lands. Balzac said, “the secret of great fortunes with no apparent explanation is a crime forgotten because it was well executed.” Mario Puzo paraphrased it to “behind every great fortune there is a crime.”

So if Russia has a hold on Trump, I’d look at the business angle, myself. The idea that they could shame him by attacking his reputation for sexual propriety seems a little far-fetched.