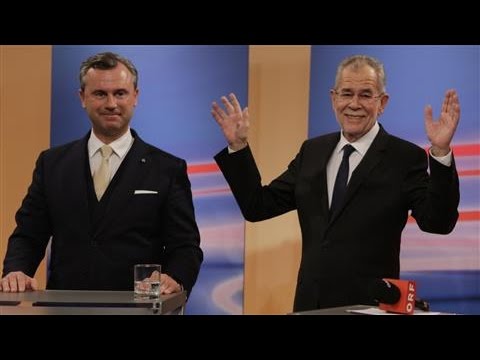 Before he announced his proposal, Strache warned the crowd of the “existential threat” posed by Islam to Europe.

As the vortex of right-wing populism courses through Europe, Austria is no stranger to such discourse: the head of its far-right Freedom Party said Saturday that there should be a complete ban on “fascistic Islam.”

Heinz Christian Strache told a crowd in the city of Salzburg that there should be a ban on Muslim symbols in the country, just as there are Austrian laws banning Nazi symbols.

Before warning the crowd of the “existential threat” posed by Islam to Europe, he said, “Let us put an end to this policy of Islamization … Otherwise we Austrians, we Europeans will come to an abrupt end.”

The Freedom Party is also vehemently anti-immigrant, with Stache declaring the same day that Austria should implement “zero and minus immigration.”

Austria’s Muslim population at 600,000 has faced a constant barrage of Islamophobic rhetoric.

Recently, an Austrian cardinal asked in a speech: “Will there be an Islamic conquest of Europe? Many Muslims want that and say: Europe is at the end.”

Last month, a right-wing trade union in the country proposed that Muslims should be denied Christmas bonuses because “they are against all Christian traditions.”

In light of all this, a recent study of Muslim youth in Vienna found that many don’t feel they belong as Austrians in the country.

And the Freedom Party’s anti-Muslim posturing isn’t a fringe opinion. While the party’s presidential candidate Norbert Hofer was defeated in a runoff vote last month, he gained 47 percent support among the country’s electorate.

Elsewhere, in the Netherlands, the right-wing nationalist Freedom Party, in preparation for the March 2017 elections, is running on a platform of closing mosques and Islamic schools, and banning both the Quran and Muslim migrants. It would also like to impose a ban on the hijab.