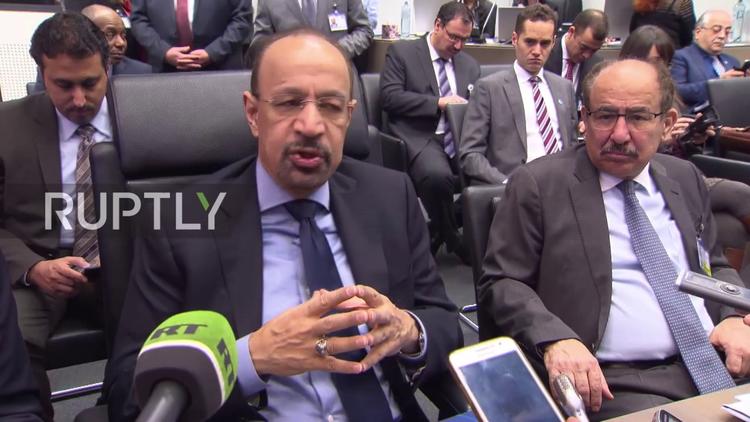 Saudi Arabia and its Persian Gulf Arab allies are happy to see Obama leave office as President Donald Trump would be “very, very tough” on Iran.

While the world watched with horror as Donald Trump delivered his aggressive “America First” speech on the day of his inauguration, Saudi Arabia and its Arab allies in the Persian Gulf quietly shared Israel’s very own excitement to see him assume the Oval Office.

“We are optimistic about the incoming administration and look forward to working with it in all areas that are a concern for both of us,” Saudi Foreign Minister Adel al-Jubeir told reporters in Paris last week.

“We will look at the Trump administration’s view as articulated. Wanting to restore America’s role in the world, we welcome this. Wanting to defeat ISIS, absolutely. Wanting to contain Iran … absolutely.”

While they do, at least publicly, clash over the Israeli-Palestinian conflict, Israel and the Gulf Arab states are united when it comes to the “threat” of Iran, which former President Barack Obama struck a nuclear deal with despite outcry from the right-wing government in Tel Aviv and the extremist Saudi government.

The relationship between the oil-rich Arab states and the Obama administration evolved from complete excitement when he took office in 2009 to utter hostility over the Iran deal and what they saw as Obama’s “weakness” in Syria and taking military action against Iran-backed President Bashar Assad.

“Perception is important: Trump does not look like the kind of guy who will bend towards Iran or anyone else,” Abdulrahman al-Rashed, a veteran Saudi commentator, said in a Reuters article Monday.

“If he behaves as he says, then we will see another Ronald Reagan, someone all the forces in the region will take seriously. That’s what we have missed in the past eight years, unfortunately.”

Saudi Arabia and its allies felt that Obama was not following their wishes in the region and instead pursuing his own agenda. In Egypt, commentators for Saudi-owned newspaper said that he betrayed his Arab allies by supporting the Arab Spring protests against their ally dictator Hosni Mubarak.

In Syria, they feel that Obama’s calculated policy, which called for Assad’s ouster but did not put troops on the ground against him, allowed Iran to gain ground in the region. The conflict in Syria has sectarian dimensions as Assad and Iran are from Islam’s Shiite sect while Saudi Arabia and its extremist allies in the country come from the Sunni sect.

“I think he is going to be very, very tough on Iran. He will be decisive,” an unnamed Gulf Arab businessman told Reuters.

In Yemen, the Obama administration did provide logistical support for the Saudi-led campaign there, however, it has been critical of Saudi actions there which the U.N. had said could amount to war crimes.

In fact, last month Obama, after more than 20 months of the Saudi war in Yemen, decided to halt some arms sales to the kingdom over “widespread civilian deaths.” The war has killed more than 10,000 people, most of them civilians, since March 2015.

The Gulf states, which claim that Iran is backing the rebels against the Saudi ally president, are likely to see Trump reversing Obama’s limited policy of engagement, and instead providing more support for their campaign.

Saudi journalist Faisal J. Abbas, the formal head of the Saudi-funded Arabiya TV, argued in November that “if Trump is serious about combating violent extremism and taking on terrorists, he will have no better partner — militarily, financially and ideologically — than the GCC (Gulf Cooperation Council) states.”

Israel shares the Gulf’s anti-Iran sentiment and sees Trump as the president who will listen to the Israeli demands above all, including that of reinstating Washington’s decades-long hostile policy towards Tehran.

Trump’s cabinet picks have already made it clear they will pursue an anti-Iran policy. Secretary of Defense James Mattis, a retired marine general known for distrust of Iran, is a familiar figure to Gulf Arab rulers.

It is noteworthy that Trump has been labeled an Islamophobe and a racist for repeated calls for a Muslim registry in the United States and for an entry ban on all Muslims coming to the country. He has also labeled most Syrian refugees as terrorists and members of the Islamic State group.

However, the richest Muslim countries in the world, who portray themselves as leaders of the 1.5 billion Muslims in the world, seem to take no issue with the U.S. president’s bigoted rhetoric.