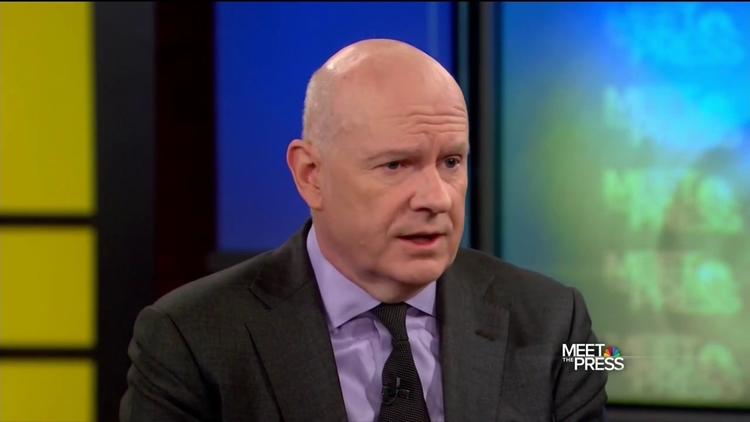 The Wall Street Journal would not call a lie a lie if it was told by President-elect Donald Trump over concerns of “objectivity,” the paper’s editor-in-chief told Meet the Press on Sunday.

“I’d be careful about using the word, ‘lie,’” said Gerard Baker, editor-in-chief of the conservative paper. “‘Lie’ implies much more than just saying something that’s false. It implies a deliberate intent to mislead.”

Instead of calling the lie by what it is, he would print the facts next to Trump’s statement and let readers decide for themselves which is the truth.

“I think if you start ascribing a moral intent, as it were, to someone by saying that they’ve lied, I think you run the risk that you look like you are, like you’re not being objective,” he said.

[He] also orders his staff to respond similarly on social media, despite “questionable” or “challengeable” comments from Trump. But he added that there should be “a little less deference, a little less insider behavior” by the media on politicians.

The other guest, New York Times editor-in-chief Dean Baquet, has said previously that he has no qualms about calling a lie what it is, considering its dictionary definition a “falsehood,” which would be in line with reporting facts, and that “it would almost be illiterate to have not called the birther thing a lie.”

About two in three Trump voters believe him more than the New York Times and CNN, according to a PPP poll conducted in 2015.

WSJ editor on Trump and lying