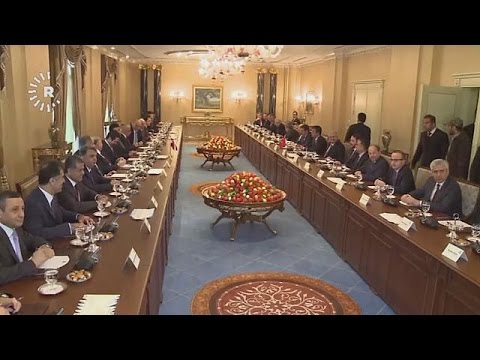 Kurdish independence “is a reality that will come true,” said Masoud Barzani, President of the Kurdistan Region in northern Iraq.

Kurdish parties will meet with the Iraqi government to discuss independence, reported Kurdish media on Saturday.

The delegation will include five Kurdish parties, who will meet with Turkmen, Chaldean and Assyrian delegates, reported Rudaw, which is funded by the Kurdistan Democratic Party, KDP.

“We failed to live together, failed under federalism and autonomy,” said KDP spokesperson Mahmood Mohammed. “What will our coexistence look like now?”

The meeting, which came out of talks between the ruling KDP and the Patriotic Union of Kurdistan, will focus on how to be “good neighbors.”

The news comes on the heels of a Washington Post interview with Masoud Barzani, leader of the autonomous Kurdistan region of northern Iraq, where he said that Kurdish independence “is a reality that will come true.”