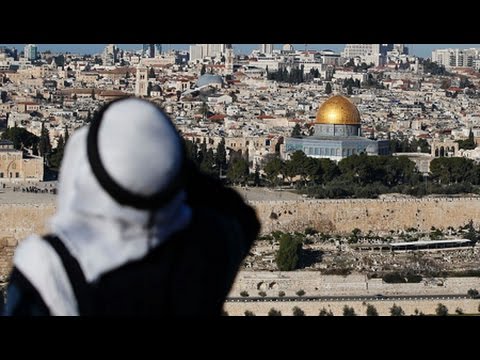 If the U.S. goes ahead with the GOP plan, says Phyllis Bennis, “all bets are off.”

In of the very first moves as the U.S. Senate began its term in 2017, three Republican senators — including former presidential candidates Ted Cruz and Marco Rubio — introduced legislation designed to force the U.S. State Department to move its Israeli embassy from Tel Aviv to the contested city of Jerusalem.

Moving US Embassy to Jerusalem a Dangerous Provocation

That would be a significant and unprecedented provocation to the Israeli-Palestinian peace process, explains IPS Middle East expert Phyllis Bennis.

“There is no country in the world that has its embassy in Jerusalem,” she told the Real News Network recently. According to several UN Security Council resolutions, the city is supposed to remain “a separate body” managed by “an international agency, presumably the United Nations itself,” until final borders between Israel and a future Palestinian state are negotiated.

Yet those talks “are far from finished,” Bennis said. “They are, in fact, not even underway.”

Jerusalem, Bennis told the network, is significant not only as a global religious landmark, but as “a living city with real people whose lives are completely circumscribed by the reality of Israeli occupation.” The gradual Israeli settlement of majority-Palestinian East Jerusalem, she added, “goes to the core of what Israeli occupation looks like.”

Congress has made similar moves with respect to the U.S. embassy before, Bennis explained, but past presidents have always bypassed them. With Donald Trump coming into office, however, that could change.

Trump, Bennis said, “says not only that he supports this, but he has, in fact, appointed David Friedman as his ambassador to Israel.” Friedman — who is Trump’s “bankruptcy lawyer, not a diplomat” — is “known for being a financial supporter of the settlements” and “has gone on to say he looks forward to carrying out his work in the eternal, undivided capital of Israel in Jerusalem.”

Bennis speculated that the move could prompt the UN General Assembly to “pass an overwhelmingly popular resolution that would condemn the United States’ action,” along with protests at U.S. embassies around the world. “Hopefully, those would not become violent, but they may well,” she worried.

She allowed that the latest moves may be “nothing more” than typical “pro-Israel” posturing by right-wing members of Congress. “But with this administration in the White House,” she concluded, “we can’t assume that the usual practice will be underway this time. All bets are off now.”