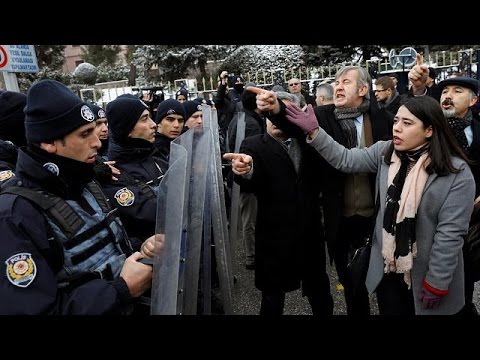 “I believe we will accelerate dialogue when Mr. Trump takes office,” Erdogan said.

Turkish President Tayyip Erdogan said on Monday he believed relations with Washington would improve under President-elect Donald Trump and that the two NATO allies would reach an easier consensus on regional issues.

Ties between the United States and Turkey — which has the second largest army in the NATO alliance and is key to the U.S.-led fight against Islamic State in Syria and Iraq — have deteriorated sharply since a failed military coup in July.

Erdogan and the government blame the abortive putsch on Fethullah Gulen, an Islamic cleric who has lived in self-imposed exile in Pennsylvania since 1999, and want him extradited. Gulen denies involvement in the coup.

Ankara has also been angered by U.S. support for a Kurdish militia group fighting the Islamic State group in Syria. Turkey sees the group as an extension of the PKK, which has waged a three-decade insurgency for Kurdish autonomy in southeastern Turkey and has been behind a spate of recent bombings.