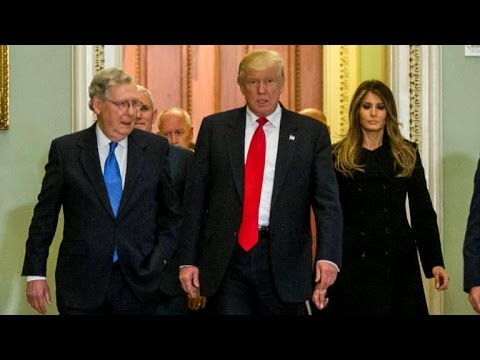 The NYT has broken the story that several Trump associates are under investigation by the FBI for their contacts with Russian intelligence and other officials during the 2016 presidential campaign. These contacts worried the FBI and other intelligence agencies, given that they were seeing Russian hacking of campaign accounts at the same time.

The links between Trump and his associates on the one hand and the Russian Federation on the other are both broad and intense.

Donald J. Trump did pursue Russian business deals in Russia in 2013 (despite his denials), but these never bore fruit. However, Trump subsequently partnered with businessmen from Russia or its ‘near abroad,’ bringing them into the New York real estate market. Some observers have wondered whether these deals allowed those individuals to engage in money laundering.

Trump’s Secretary of State, Rex Tillerson, is actually a partner in a Russo-American oil firm, Exxon Naftegas, which is headquartered in an offshore tax haven in the Caribbean. Even just as ordinary everyday CEO of ExxonMobil, Tillerson did a $500 billion joint deal with Russia’s Rosneft to extract oil from the arctic. That’s evil no matter who he partners with. Also ironic, since such drilling is only made possible by the global warming caused by Tillerson’s billions of tons of annual carbon dioxide emissions. It is an unvirtuous circle.

President Obama’s sanctions on Russia rather interrupted the plans to drill the Russian arctic, and apparently Mike Flynn was sent to the Russian ambassador to the US to reassure him that those sanctions would be undone. Given that the price of petroleum has been halved in the past two years, Russia is desperate for new drilling, so it can make up some of the shortfall by new production. Moreover, both Tillerson and his Russian partners know that electric cars are coming fast and furious, and that the petroleum won’t be worth much in 20 years. So they’re eager to extract it and sell it while they still can.

Wilbur Ross, Trump’s pick for Commerce Secretary, has a joint venture (a bank in Cyprus) with Russian oligarch Viktor Vekselberg. Ross has announced that he will keep ownership of 11 assets overseas, opening him to foreign influence.

Paul Manafort has for a decade been close to pro-Russian businessmen and politicians in the Ukraine. Ironically, the two discussed by Politifact are both Muslims, presumably Crimean Tatars. Manafort, as a major figure in the Trump campaign, apparently did not let Jared Kushner know about the full extent of his Russian connections. He also is alleged to have used his position to introduce changes into the Republican Party platform that benefit Russia. Kushner forced Manafort out last summer.

Trump foreign policy adviser Carter Page flew to Moscow just days before the Republican National Convention. No one knows what that was all about. But a high Russian official admitted that numerous members of the Trump team were in constant contact with Russian officials

So Mike Flynn calling the Russian ambassor to the US in late December and reassuring Moscow about sanctions being lifted looks much more likely to have been a joint effort by the Moscow Gang of Trump and associates than a one-off piece of dark comedy.