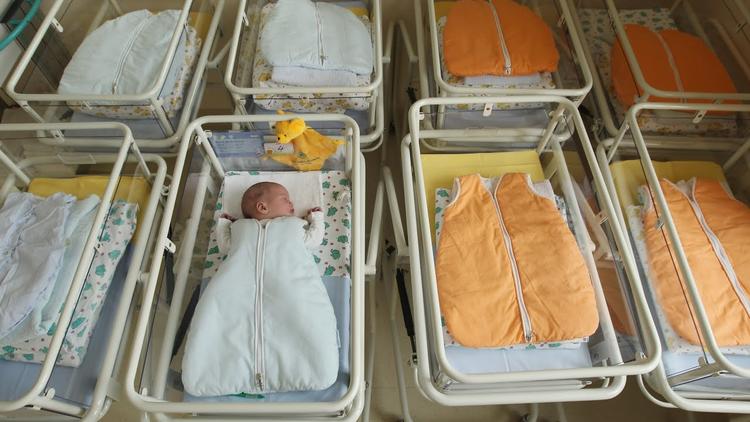 In 2016, the US birthrate fell to 59.6 births per 1,000 women, the lowest ever recorded. Birth rates rise and fall over time, so the rate may not stay stuck at that level. It seems clear, however, that white nationalists like Trump’s evil genius Steve Bannon are doomed to be disappointed if they think that white birth rates can fuel the country’s economic and demographic growth.

Birth rates tend to level off in wealthy, industrial societies. The number of children per woman falls with urbanization and rising women’s status and education. Rural birth rates are often higher. Children are free farm labor, for instance, and farmers have lots of room for a family. Farmers have no retirement fund for the most part, and lots of children will support them in their old age. In the world’s farming towns and villages, women often marry early, dropping out of school if they were ever in school in the first place. That they are poorly educated and often lacking in societal esteem means that their husbands can keep them barefoot and pregnant. I have seen these conditions in rural areas of the global South. But I’m also the grandson of Appalachian farmers and my great-aunts had 12 and even 16 children.

The countries with the highest birth rates in the world still have large rural sectors. Egypt is over 50% rural. India is an astonishing 70% rural. Although China is 40% rural, fairly high, its government instituted a one-child policy decades ago, with some success. As a result of this artificial intervention, China is now declining in population and faces the prospect of greying.

But city people most often have social security, so they don’t need lots of children to support them in their old age. Urbanites most often are not involved in forms of economic activity that benefit from child labor. In the city, apartments are cramped and there is no place for very large families. Urban children are expensive, requiring post-secondary education to make it in the complex and varied urban economy. Urban women are much more likely to be educated, to work outside the home, and to have the sort of status where they can tell their husbands that no, they don’t want that 5th child.

Highly urbanized societies such as Japan often now face the prospect of a declining population. Japan has lost a million people in the past 5 years, which is unheard of in its recorded history. It is down to 127 million. Japan is expected to shrink from 127 million to 82 million over the next 80 years. This is an experiment that has never been run. Who will work in Japanese factories? Who will pay into social security to support all those elderly people?

The great powers of the 21st century will be demographically large countries. China, India, Indonesia and Brazil have a shot at that status. Innovative youth increasing productivity will be important to their fortunes.

There is a strong possibility that Japan and the other shrinking, greying states will decline in standard of living and in global importance.

Based on the birth rate of whites, the US would join this club of the amazing shrinking and aging countries if it did not take in immigrants. And so it would lose its global position, economically and geo-strategically.

The reason for which the US has continued to grow and to remain politically competitive with the big boys is not the birth rate of the groups who consider themselves “white.”

It is because since 1965 the US has let in about 1 million immigrants a year. About a third of those nowadays are from Latin America and about a third are from Asia. (Trump’s obsession with Latinos reflects an earlier period when they were are larger proportion of immigrants). Although within a generation these immigrants’ birth rates fall to the same levels as the native born, they initially still have large families, since many of them had been rural back home.

Immigrants don’t typically compete for jobs with the native born, since they don’t have the language skills or technical training to do so in the main. The small towns in the rural stretches of some states have been revived because of Latin ranchers and farm hands willing to do work that locals no longer will.

I don’t have strong confidence that the white nationalists will be able to get this through their heads, but making and keeping America great requires an open door to immigrants. Otherwise the US population will start falling and spiraling down, and the country won’t be able to retain its economic and political advantages. In other countries, offering women tax breaks or money grants to have more children hasn’t usually worked, and anyway the Republican Party would never go for such handouts.

Another thing that would help the US birth rate is strengthening, not abolishing the Affordable Care Act, and adopting policies that reduce income inequality, so that young people have well-paying jobs and feel they can afford to have children. Very large numbers of Millennials have faced chronic under-employment and been forced to move back home.

Of course, I hasten to add, the US can only really benefit from these immigrants if it moves quickly to sustainable policies and net carbon zero. Over time, the world will likely move to robotics for most labor and so we will need a basic income and some way to distribute the profits generated by robots. In the meantime, demographics is still of great geo-political significance.

None of the policies the Trump administration is adopting is pro-natal, and if it begins reducing immigration, as Bannon is said to favor, then the country will be set on the same path as Japan is presently on, of facing the likelihood of dramatic decline and a crisis of an inverted age pyramid.

And that is why we should be welcoming young, on-the-ball immigrants, including, yes, Muslims. Nor can you hope for “white” immigrants– the population in many European countries is falling, and people have a fairly high standard of living. It is from the global south that you’d get these volunteers. Immigrants are twice as likely to found a company as the native-born. Contrary to Trump’s fearmongering, most immigrants, including Muslim ones, are extremely law-abiding, and you are thousands of times more likely to slip and hit your head in the shower than you are ever to be menaced by an immigrant terrorist.

Ironically, it is white nationalists, with their hatred of foreigners and xenophobia who are endangering American competitiveness in the new century.