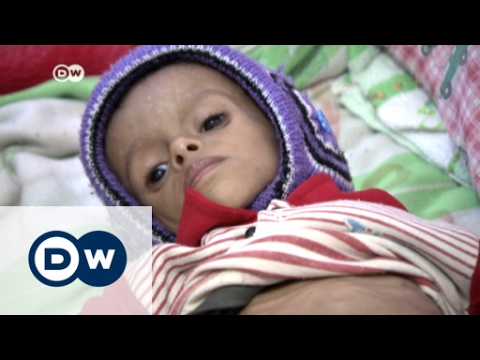 The U.N. says almost half a million children in the country are at risk of death from famine as Saudi Arabia’s war in the country completes a second year.

At least seven million people in Yemen are facing starvation as a result of the humanitarian crisis caused by almost two years of war by Saudi Arabia on the country, the United Nations warned Tuesday.

“Seven million Yemenis do not know where their next meal will come from and are ever closer to starvation,” one-third of the country’s 27 million population, Jamie McGoldrick, the U.N. humanitarian coordinator in the country, said in a statement.

“Over 17 million people are currently unable to adequately feed themselves and are frequently forced to skip meals — women and girls eat the least and last.”

The country had been in turmoil for years when in March 2015 a Saudi-led coalition, with U.S. aid, kicked off a military campaign in support of Yemeni government forces against the Ansarullah Houthi rebels.

The conflict has destroyed much of Yemen’s infrastructure and claimed the lives of more than 10,000 people, most of them civilians, while displacing millions.

“I am deeply concerned with the escalation of conflict and militarization of Yemen’s western coast. It is coming at a great cost to civilians,” McGoldrick added.

Yemen is the poorest country in the Middle East and is home to al-Qaida’s strongest organization in the world. The country is one of the U.S.’s most targeted countries in the world by unmanned drone bombers.

Some 462,000 children are suffering from severe acute malnutrition and at “imminent risk” of death, the U.N. children’s agency UNICEF said Tuesday.

In December the U.N. also said that every 10 minutes at least one Yemeni child dies of preventable diseases such as malnutrition, diarrhea, and respiratory tract infections, citing the total collapse of the health system in the country amid Saudi Arabia’s ongoing attack on the country.

Saudi coalition jets targeted several hospitals in Yemen over the past two years including those set up and operated by Doctor Without Borders.