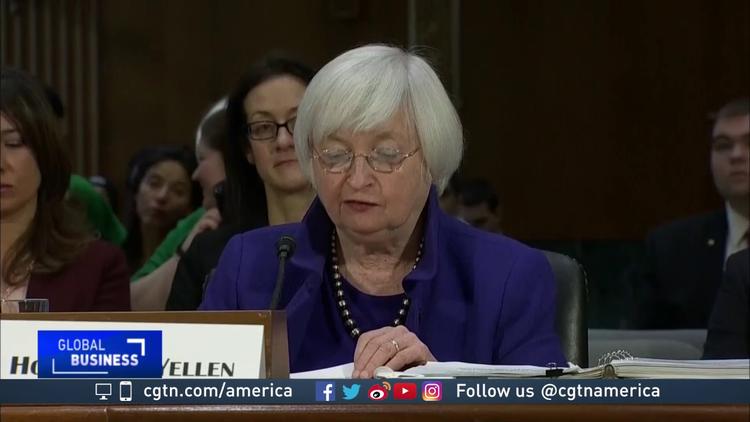 Beyond the campaign rhetoric and Twitter controversies over domestic and foreign policies, the question remains what actual policies the Trump administration is cooking up for the American people and the broader global community. Some campaign rhetoric is (will be) abandoned, e.g., one-China policy; Mexico paying for the wall; moving U.S. embassy from Tel Aviv to Jerusalem, or even the repeal of the Affordable Care Act (Obama care). Other campaign promises are more likely to remain: sizeable corporate tax reduction; renegotiating NAFTA; and, revising U.S. immigration policy. One element of Trumpian economics is, however, certain: the deregulation of, and the reliance on, market capitalism as the panacea to make America First Again. President Trump supports plans on deregulation of financial institutions through amending or degutting the Dodd-Frank Act. He is no fan of the organized labor and has a ‘business first’ mentality while still declaring himself a protector of the American working class. Question holds whether deregulation and market capitalism offers a solution to what ails America? The question to ask is: ‘making American great for whom?’

Economic nationalism or mercantilism has its roots in the 16th – 19th centuries and was based on a doctrine of extensive state regulation of economic activity in the interest of the national economy. Accordingly, public authority, the state, must constrain individual’s pursuit of self-interest to prevent the rise of a brutal “state of nature.” It is also necessary for the public authority to translate individual interests into universal good, and maximizing state power and wealth to ensure public welfare.

In international sphere, state’s balance of trade is a central element of international balance of power, and the country must run a balance of trade surplus since the international system of self-interested states is economically a zero-sum struggle. So, in his famous “Report on Manufacturers,” Alexander Hamilton (1755-1804) told the Brits to bug off: We are not going to remain your colony, trading our rice, cotton, indigo for your finished goods. We will become a nation-state by building our own manufacture. Recall, the first bill to pass Congress on July 4, 1789, was for the seal of the United States. The second bill was a 50-percent tariff on numerous articles. Similarly,Abraham Lincoln managed trade for steel for the intercontinental railroad; Franklin Roosevelt managed trade for agriculture; Dwight Eisenhower for oil; John Kennedy for textiles; and, Ronald Reagan for semiconductors.

Modern economic nationalists or neo-mercantilists criticize economic liberalism for downplaying the overall positive role the state can play in the economy: the state (or even a business or an industry) can, for example, help with the protection of ‘infant industries,’ and countering foreign competition by creating a ‘competitive advantage’ in economic production and exchanges.

The ‘Trumpian political economy rhetoric seems to rest on patriotism (not nationalism), populism, social conservatism, and economic corporatism, or the fusion of the State and Corporate interests in the name, but at the expense, of labor.

Both President Trump and his chief strategist at the white House, Steve Bannon, seem advocating ‘economic nationalism,’ the core value of which is that economic activities must be in the service of ‘national interest.’ In reality, the administration’s leadership and declarations will slowly place the country along a road to ‘state corporatism.’ The administration is already saturated with millionaires and candidates hardly representative of the needs and the talents of the American populace.

The intention to drastically increase the defense expenditures, cut back on Wall Street regulations, and reduce corporate taxes by hundreds of billions of dollars guarantees an almost immediate corporate gain. The promise of a ‘trickledown’ effect to create permanent, full time and competitive jobs remains highly dubious. That is, the American working class may see no or little of the ‘trickledown.’

The mechanism and the extent of the state intervention and management of the economy remains problematic. Instead, patriotism is invoked to shore up popular support for haphazard policy declarations on across-the-board blanket immigration policy, barring Muslims from seven predominantly Muslim countries, or blaming business behavior for the weak state of the American labor while rewarding the Wall Street through deregulations! There is also anguish about the political polarization in the country and influence of the political right and anti-Muslim hate speeches and remarks.

The Trump administration can, theoretically, elevate American competitive edge through investments in infrastructure and the creation of new high paying jobs while rebuilding and modernizing the country’s manufacturing and productive forces. This implies more investments in the ‘real economy.’ The proposed $1 trillion investment can help cover the cost of repairing and expanding the national highway system and aging bridges, but “it still falls short “of the $3.6 trillion needed to restore all of the nation’s infrastructure.”

Moreover, Congress may not be so eager to allocate any or some fund, given the more than 20 trillion in national debt and the year-on-year annual budget. Such spending bonanza will certainly push up the interest rate and hurt the U.S. export sector, with no guarantees over number of good-paying jobs it can create. Worse, the government loss of income through the planned drastic corporate tax reduction whilst deregulating the Wall Street will only promote speculative investment behavior that initially led to the 2007-08 housing and financial crisis. This is nothing short of promoting what Susan Strange called ‘Casino Capitalism.’

President Trump’s foreign policy posture, furthermore, is confrontational and is bound to create politico-security, economic, trade and investment tensions. The wrong-headed policy of a continuing ‘war on terror’ and support for authoritarian governments in the name of stability in places like Egypt, Jordan, Saudi Arabia and the Persian Gulf States, and elsewhere, are added reasons for pessimism. The rise of China and Asian economies and political influence and the ‘uncertain’ place of the Russian Federation in the Trumpian global political economy scheme are added concerns. There are anxieties over the consequences of ‘Brexit’ and the rise of political right in Europe and the overall poor state of the European Union.

So, the global political economy itself is in a stage of flux and drastic changes are ‘reshaping’ our world. As Bill Burns, President, Carnegie Endowment for International Peace puts it: The world is once again at a transformative moment. Profound forces are shaking the underpinnings of international order: the return of great power rivalry; the emergence of new powers; deepening challenges to order in key regions; the growing use of new information technologies as levers of disruption and division within and among countries; the shift of economic dynamism from west to east and destabilizing economic stagnation and dislocation; and a surge of populist nationalism.

The fallout of Trump’s ban on travel, his firing of the acting attorney general, and the

rump’s position on the Trans Pacific Partnership (TPP), the Transatlantic Trade and Investment Partnership (TTIP), and the North American Free Trade Agreement (NAFTA) also insists on cancelling or ‘renegotiating’ these multilateral agreements to ensure the “America First’ a reality. President Trump’s ‘America First’ slogan and onslaught on NATO, the EU, and the UN is consistent with his anti-neoliberalism thoughts, embracing more conservative views on religion and morality. The confrontation with President Pena Nieto, expecting Mexico to pay for the U.S.-Mexico border wall only tells of the ‘false and bullying tactics,’ instead of sound neo-mercantilist policies, President Trump may wish to employ in his foreign policy negotiations.

Renegotiation and signing ‘better deals’ is not a strategy but a tactical approach to relieve economic bleeding. The more than sixty trillions dollar national debt, the declining share of the U.S. economy in total global output and the accelerating pressure on automation in production of basic and manufactured goods are the real challenges facing the U.S., and the wider world, economies. Top contributors to global GDP, measured in PPP in 2015 are: China 17%; US 15.8%; European Union 16.9%; and, Japan 4.25%. The weakening position of the American (lower) middle class through repealing or undermining the Affordable Care Act (ACA) and inevitable price hikes in the health care will only cut the productive capacity of the American labor. (Note that one central reason for the runaway price hikes since the enactment of ACA has been the absence of a public option).

Given the state of U.S. economy and the Trump administration’s plans, and global competition and its future direction, the share of the American labor in net earned wages and benefits is bound to decrease. The Trumpian economic protectionism and ‘chauffeured engagement,’ supported by ‘Tweeter Missiles,’ is no solution to America’s problems. Countries and businesses can easily retaliate against any economic provocations through imposed tariffs and other economic disincentives, as Mexican politicians have already hinted to hurt American corn farmers.

Despite the presence of some ‘ideologues’ and political demagoguery, the social basis of Trumpian political economy remains fragile and susceptible to a wide array of forces. The long enduring American tradition of constitutionalism, the separation of powers and a system of checks and balances and the presence of strong political institutions is the first line of defense to guard the constitution and the bill of rights. More importantly, the presence of a vibrant and dynamic civil society, strengthened by the proliferation of social media, will safeguard political and ideological erosion toward a debilitating and fractured ‘identity crisis’ and fascism.

The first weeks of the Donald Trump’s administration promises changes in the ‘fundamentals’ of U.S. political economy and global relations ahead. The cornerstone of presidential candidate Donald Trump rested with the slogan, “Making America Great Again.” However, the declared intentions and policy proposals seem to negate the administration’s proposed objective to make America great Again. The Trumpian political economy approach will result in a fusion of corporate and state interest, where the working class will remain at the mercy of corporations-led and state-supported market capitalism. This will only make the life of millions of American workers and those who have invested their votes in the Trumpian politico-economic approach more at risk, while experiencing the erosion of basic individual rights and liberties, including decent wages, health care protection and access to quality and affordable education—provisions that are part of what the UN calls ‘human security.’

Ali R. Abootalebi is Professor of Middle Eastern and Global Politics in the Department of Political Science, UWEC. He is the author of Islam and democracy: State-Society Relations in Developing Countries, 1980-1994 (Garland, 2000), and, coauthored, Introduction to World Politics: Prospects and Challenges for the United States (Kendall Hunt, 2013) and more than fifty articles on Iran, Arab Politics, Civil Society and Democracy and U.S. foreign policy.