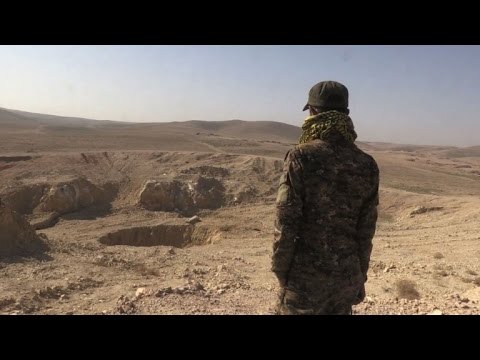 “The sinkhole that could be the largest mass grave in Iraq’s latest conflict is barely visible from the road, nothing more than a small depression behind a desert ridge near Mosul. The Islamic State group transformed the Khasfah into a “place of death”, using it as an execution site and a mass grave where they disposed of victims, according to local residents.”

AFP: “In Iraq’s desert, mass grave horror beneath the dirt”