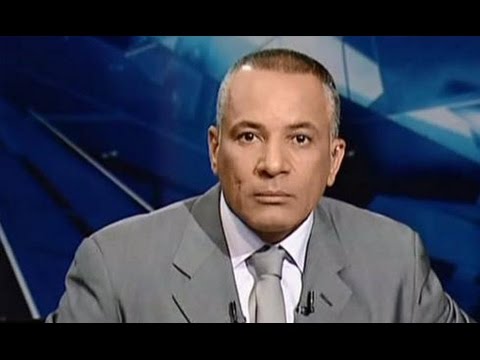 (Washington, DC) – A US government designation of the Muslim Brotherhood as a foreign terrorist organization, which the Trump administration is reportedly considering, would threaten the rights to association of Muslim groups in the United States. Such a designation would also undermine the ability of the Muslim Brotherhood’s members and supporters to participate in democratic politics abroad.

“Designating the Muslim Brotherhood a ‘foreign terrorist organization’ would wrongly equate it with violent extremist groups like Al-Qaeda and the Islamic State and make their otherwise lawful activities illegal,” said Laura Pitter, senior US national security counsel at Human Rights Watch. “The designation would also unfairly taint anyone alleged to be linked to the Muslim Brotherhood and undermine the exercise of its political rights abroad.”

A federal statute grants the secretary of state broad authority to designate any foreign entity a “foreign terrorist organization” once the State Department determines that it engages in “terrorist activity,” has the “capacity and intent” to do so, and that such actions threaten US nationals or US national security. A related executive order permits the government to label individuals or groups that assist or are “associated” with terrorist organizations as “specially designated global terrorists” and to block their assets. The law provides few legal protections to those designated.

Risks to US Groups, Individuals

If the US government designates the Muslim Brotherhood a foreign terrorist group, then not only its members, but anyone either in the United States or abroad suspected of providing support or resources to the group would be at risk of removal from the US if they are non-citizens and having their assets frozen. They would also risk unfairly being targeted for prosecution under various laws, including those banning material support for terrorism. These consequences could apply to charities, civil rights groups, or individual members of such groups suspected of having ties to the Muslim Brotherhood.

Under US law, the offense of material support for terrorism can include providing money, training, transportation, or expert advice or assistance, among other services. If the designation is made, those deemed to have supported the Muslim Brotherhood’s political parties or helped coordinate its advocacy strategies in foreign countries where it remains legal would risk US prosecution. In the past, the United States has used these charges in an overbroad manner, punishing behavior that did not demonstrate an intent to support terrorism. Such prosecutions violate individuals’ rights to free expression and association, among others.

Several bills have been introduced in Congress over the years urging the State Department to make the designation based on unfounded arguments that the Muslim Brotherhood is seeking to infiltrate US political institutions and casting several important American Muslim organizations as being affiliated with the Muslim Brotherhood.

“Muslim-affiliated groups that promote civic values and protect civil rights are crucial to US democracy,” Pitter said. “Threatening their rights threatens the rights of all Americans.”

Effects of the designations are immediate. Groups and individuals can petition to be removed from the list of designated groups and challenge agency decisions in federal appeals courts, but they face many evidentiary and procedural challenges in doing so. For example, evidence submitted by the government in support of the designations can include hearsay, uncorroborated statements, and secret evidence to which the person or entity challenging the designation cannot have access. The government can also block assets during an investigation into whether a specially designated global terrorist label is appropriate but before the designation has actually been made.

The Muslim Brotherhood was founded in Egypt in 1928 and has since evolved into an international movement whose branches effectively operate independently of one another. The main branch of the Muslim Brotherhood in Egypt officially renounced violence in the 1970s and sought to promote its ideas through social and political activities.

Following the Egyptian uprising of 2011, the Egyptian Muslim Brotherhood formed a political party and won a plurality of seats in parliament. Mohamed Morsy, a Muslim Brotherhood member, became Egypt’s first freely elected president in 2012. In July 2013, following mass protests against Morsy, the military forcibly removed him. An interim, military-backed government declared the Muslim Brotherhood a terrorist group on December 25, 2013, attributing to it a bombing the day before that killed 16 people and wounded at least 130 at a police station in the Nile Delta. The government did not furnish evidence implicating the Brotherhood, which condemned the attack.

If the United States designates the Muslim Brotherhood a foreign terrorist organization, US allies that have not reached a similar conclusion would probably feel pressure to change their stances, and governments already hostile to the Muslim Brotherhood would have an excuse for politically motivated repression.

“The Muslim Brotherhood is a large and complex political organization operating in many countries,” Pitter said. “By calling for the entire group to be designated as a terrorist organization, the Trump administration is making an extraordinarily broad policy determination that will harm the participation of Muslim groups in democratic processes.”