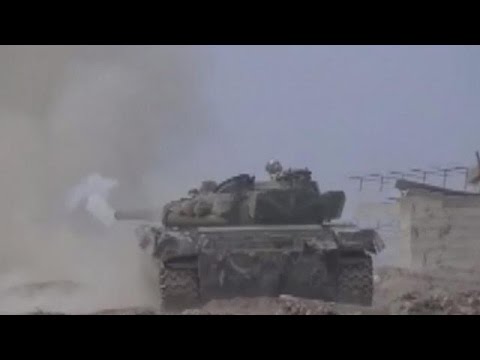 A Syrian militia led by the Kurdish leftist group YPG said they received armored vehicles from the U.S. military, the first such support.

The U.S. has boosted support for its Syrian ally, Syrian Democratic Forces, SDF, alliance, supplying them with armored vehicles for the first time as they prepare for a new phase in their campaign to capture Raqqa, a spokesman for the militia said Tuesday.

The U.S.-backed SDF alliance, which is dominated by the Kurdish YPG militia, is waging a campaign to capture ISIL’s base of operations in Raqqa.

SDF spokesman Talal Silo said the delivery of the armored vehicles marked a significant improvement in U.S. support and attributed the change to the new administration.

“Previously we didn’t get support in this form, we would get light weapons and ammunition,” Silo told Reuters. “There are signs of full support from the new American leadership — more than before — for our forces.”

A Kurdish military source, speaking on condition of anonymity, told Reuters the next phase of the Raqqa campaign would aim to seal off all remaining roads to the city.

The SDF is likely to figure prominently in U.S. President Donald Trump’s strategy for fighting the Islamic State group in Syria, where the extremist group still holds large areas of territory stretching to the Iraqi border.