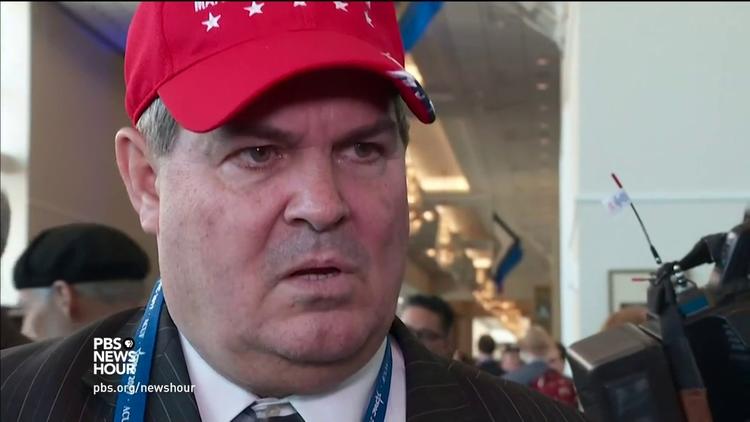 On Friday, Trump was making news again, after having appeared to be subdued (or muzzled?) by his staff midweek. But he addressed the conservative equivalent of that bar scene in Star Wars, CPAC. As usual, the sum total of his wacky pronouncements added up to a minus number. Here are a few of the more striking contradictions:

1. At CPAC Trump complained that the US deficit has soared to $20 trillion.

“We’re also put nothing a massive budget request for our beloved military. And we will be substantially upgrading all of our military, all of our military, offensive, defensive, everything, bigger and better and stronger than ever before. And hopefully, we’ll never have to use it, but nobody’s gonna mess with us, folks, nobody.

The annual US military budget is $773.5 billion. The US spends as much on the military as the next 14 countries, and this massive spending on war-related institutions drives the country into repeated wars (war spending creates constituents and lobbies). The federal government plans to collect $3.2 trillion in taxes and fees in fiscal 2017 and to spend $3.6 trillion– i.e. is spending $400 bn more than it has. The military budget is a quarter of the federal budget. War spending cannot be expanded without vastly increasing the deficit, as Trump himself seemed to admit when he talked about the wastefulness of the Bush wars.

Then he disinvited CNN, NYT, LAT, Politico and Buzzfeed from the Friday press briefing. Trump is attempting to make Breitbart and other alt-NeoNazi outlets into the mainstream media and to destroy even the center-right corporate media which he and Steve Bannon see as insufficiently worshipful of the privilege of the white and wealthy, and insufficiently worshipful of Trump.

3. Trump is always going on about how he will make the US more secure.

Then he basically called for a new nuclear arms race and ratcheting up of the planet’s most deadly arsenal.

But Trump is now again allowing corporations to dump their coal ash into our rivers and thus our drinking water. He also intends to reverse many of President Obama’s other clean water regulations.

5. Trump says he wants the intelligence community to report on the danger to the US emanating from the 7 countries whose citizens he wishes to place on a travel ban.

But when on Friday The Department of Homeland Security issued a report questioning the premises of Trump’s 7-country visa ban, Trump immediately and totally dismissed it.