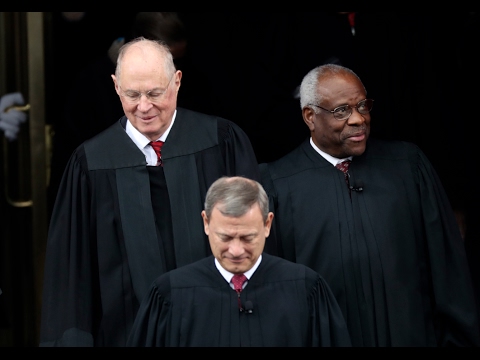 For the moment, federal courts have interrupted the president’s immigration order. Judge Robart remarked in his Temporary Restraining Order that there is “no support” for the assertion that banning Syrian refugees and individuals from Iran, Iraq, Libya, Somalia, Sudan, Syria and Yemen is likely to protect U.S. national security. On Sunday the Ninth District Court of Appeals declined to set aside his TRO while it considered the Justice Department’s appeal.

Commentary across the foreign policy community has similarly rejected the measure, flatly asserting that it needlessly risks U.S. national security and fundamental American principles. Note that this is not an inherently partisan debate – at least not yet. Robart is a George W. Bush appointee, and both liberal and conservative foreign policy intellectuals have detailed the dangers. So why did Trump do it? And why will he adamantly defend this downright terrible idea? Because while the immigration order will likely prove costly for the rest of us, the ban will benefit the political career of Donald Trump.

We have seen the dynamic that Trump is attempting to unleash elsewhere, and it is not a pretty picture. Emma Sky, a longstanding advisor in Iraq and Afghanistan noted, “Corrupt regimes and terrorists keep each other in business. It’s a symbiotic relationship.” Syria, for example, has been devoured by the mutually sustaining relationship between Bashar al-Assad and ISIS. Without ISIS, Assad would have been the foremost international target in Syria, likely deposed of years ago instead of resurgent today. Similarly, without Assad, ISIS wouldn’t have so readily garnered critical Sunni support that allowed the terrorist group to wrap itself around Syria. Insecurity does not necessarily lead to political downfall. On the contrary, instability often rationalizes increasingly extraordinary measures. For Trump, the Jan 27 order may reap political benefits, not in spite of, but precisely because it jeopardizes U.S. national security.

Consider Trump’s likely response to an ISIS strike against the U.S. If the past is any indication, he will likely impulsively declare action without consulting the relevant bureaucracies and claim the restrictions on Muslims in the U.S. and abroad are not tough enough. Many Americans will believe him. He will not admit that he played into terrorist narratives that the U.S. is against Islam, or that he cornered Muslim Americans into choosing between being American and being Muslim, when the political space to be both has been a critical moral and national security victory for the U.S.

Restricting Muslim immigration fosters ever-increasing division and subsequent restrictions. This desperate process increases the likelihood of terrorism. ISIS supporters have called Trump’s order a “blessed ban” since it legitimizes their claims of a clash of civilizations. Indeed, by banning individuals based on their (Muslim only) `country of origin because they might be terrorists, President Trump is acting as if ISIS has poisoned entire populations, punishing victims for the crimes of their attackers. Regrettably, for many Americans, terrorist attacks against the U.S. during his presidency will only confirm the president’s fearful rhetoric, and military action to campaign against terrorism is likely to bolster, not weaken Trump’s hold on executive power.

There is no evidence that Trump is intentionally designing such a violently destructive strategy to perpetuate his hold on the executive. What’s more probable, but nevertheless still distressing, is he is subverting national security interests in order to appeal to his supporters. His national approval ratings are abysmal, and he lost the popular vote (no matter what drivel he tweets, that pesky fact is really real.) He has likely abandoned any thought of reconciling with liberals, minorities groups or Democrats. He is now doubling down on his base – Americans attracted to his message of radical change. The president is gambling that by singling out certain Muslim populations for immigration restrictions he will be viewed as tough on terrorism, even if the policy increases the likelihood of terrorism. To Trump, providing the perception that Americans are safer due to this order is more politically useful than dealing responsibly with the reality that the policy is unwise ethically and strategically and ought to be abandoned.

Donald Trump gained power by vociferously disregarding established institutions. Why would the norm of prioritizing national security above political interests be any different? Using foreign enemies as a means consolidate political control is a tried and true strategy for populists. Trump repeatedly promised “America First. America. First.” We may now be realizing that he did not mean Americans first. Because U.S. safety and identity, two of our most cherished possessions are being set aside as secondary to America, a profitable firm he directs, sharing dividends with shareholders and supporters, but not so much with the general public. It is doubtful that he would even recognize the difference between these two notions, but those that do will find it impossible to remain idle while our values and security are detained and deported.

Barbara Elias is Assistant Professor in the Department of Government and Legal Studies at Bowdoin College specializing in U.S. Foreign Policy, International Relations and Counterinsurgency. belias@bowdoin.edu