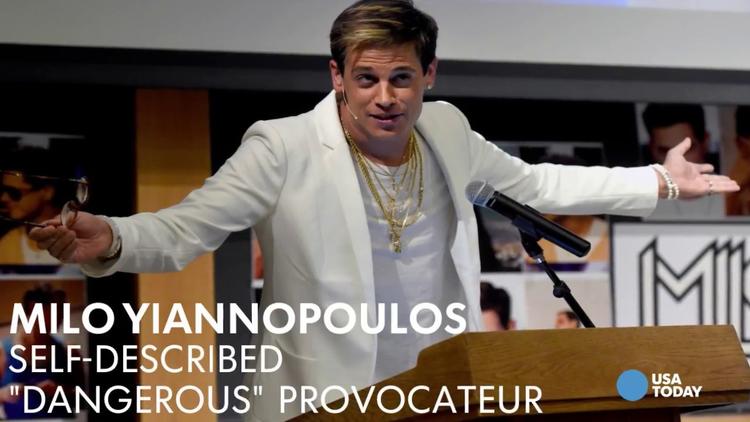 Milo Yiannopoulos will not be allowed to speak at the Conservative Political Action Conference following the discovery of his comments supporting pedophilia.

Breitbart editor and self-described “occasional fellow traveler with the alt-right,” Milo Yiannopoulos, has for some time now been notorious for his sexist, transphobic, racist and far-right views. But it’s taken an old clip of him supporting pedophilia to come to light for conservatives to finally denounce him.

But when the clips gained exposure Monday after they were posted by a conservative blog, CPAC decided to disinvite Yiannopoulos, saying in a statement that the remarks were “disturbing.”

The clips show the Breitbart editor discussing how relationships between older men and young gay boys can be beneficial, while also flippantly talking of his sexual assault by a Catholic priest.

CPAC had originally invited Yiannopoulos to counter the movement that has risen against him, in the wake of his college speaking tour. Most notably, anti-fascist protesters drove him and his supporters out at UC Berkeley, forcing him to cancel his talk.

That “important perspective” has actively harmed people that belong to the groups Yiannopoulos targets, including undocumented students, who Yiannopoulos has intentionally exposed.