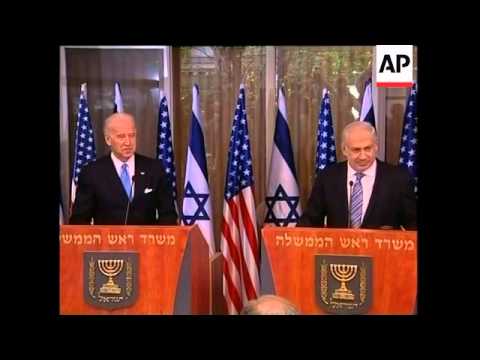 Last year this time, Secretary of State John Kerry was trying to put together a huge peace deal between Israel and the Arab world, according to Aron Heller and Matthew Lee of the Associated Press.

The proposal built on the 2002 Arab peace plan, which offered Israel full recognition by its Arab neighbors, with trade and other ties, on condition that it give up the Palestinian territories it occupied in 1967 and which it is illegally colonizing. That 2002 Arab League initiative had been roundly rejected by then prime minister Ariel Sharon, who was from the same hard line far-right party, the Likud, that current PM Binyamin Netanyahu hails from.

The plan allegedly offered Israel full recognition as a Jewish state and Jerusalem as joint capital of Israel and Palestine, with peace treaties with a much wider array of Arab countries, and an end to Palestinian demands for the right of return to the homes in Israel from which the Zionists expelled them in 1948. In return Israel would have to withdraw from the West Bank, where it has hundreds of thousands of illegal squatters.

Apologists for the Israeli right wing are always going on about the alleged willingness of Israel to make peace if only it could find a partner to negotiate with.

Kerry was delivering to them large numbers of such partners.

Netanyahu turned the offer of wide-ranging negotiations down flat.

In a parliamentary system, politicians can only remain prime minister if they retain the confidence of the parties in parliament, many of which are typically represented on the cabinet. If several cabinet ministers resign over some policy, and parliament stages a vote of no confidence that the PM loses by a simple majority, then BOOM! The PM is no longer prime minister.

In March of 2015, Netanyahu had put together a government of the Likud, Shas, United Torah Judaism, Jewish Home, and Kulanu parties, giving him 61 of 120 seats in the parliament.

Given that Netanyahu got where he is by cultivating the most craven, corrupt, greedy and rapacious politicians in Israeli society, his cabinet is full of arrogant pricks who would much rather have the profit on a few square feet of the West Bank than a comprehensive peace. Parties like Naftali Bennet’s “Jewish Home” have core constituents who demand that Israelis squat on and usurp Palestinian land in the West Bank. It should be remembered that colonialism is big business, so that there is what Rashid Khalidi has called a settler-industrial complex.

Netanyahu toyed with the idea of bringing the center-left Labor Party (the main constituent in Isaac Herzog’s “Zionist Union”) into his coalition. With 24 seats it could have replaced “Jewish Home” (8 seats) and several other small parties.

But the Zionist Union isn’t all that left wing, and Herzog was then campaigning on the impossibility of implementing a two-state solution at this time, arguing that the Palestinians do not have the capacity for it. Since this is Netanyahu’s position, he taunted Herzog, saying “Good morning, Buji, welcome to the Middle East!’ Herzog also advocated building more walls and fences around Israeli settlements, and urged a “complete separation” of Israelis and Palestinians. So who knows, maybe Herzog didn’t want a comprehensive peace treaty any more than Netanyahu did.

The far right wing Jerusalem Post on March 16, 2016, warned in March that Israeli national unity would be necessary to block “dangerous” Obama Mideast initiatives. It noted that Vice President Joe Biden had visited the region and promoted an “initiative based on recognizing east Jerusalem as a Palestinian capital, an end to all settlement activity, Palestinian recognition of Israel as a Jewish state and Palestinians forfeiting the Arab refugee right of return.” This is precisely the plan now being described by AP.

The Jerusalem Post sniffed that the Palestine Authority was inciting to the murder of Israelis (which was not true–that was fake news) and that no government could accept the Biden proposals because they would imperil Israeli security. Sure. A comprehensive peace with the Arab League states–now that would obviously doom Israel for sure.

Anyway, Netanyahu knew that if he brought the Kerry plan to his cabinet, they would reject it and enough small parties might pull out that he could even lose his majority in parliament himself, and so fall from power.

So he preferred not to risk his position of power and privilege merely for the sake of peace.

Let’s just acknowledge that the Likud Party and its allies on the right do not want peace with the Arabs and have sabotaged all proposals to that end.

If you keep rejecting peace, guess what you get?