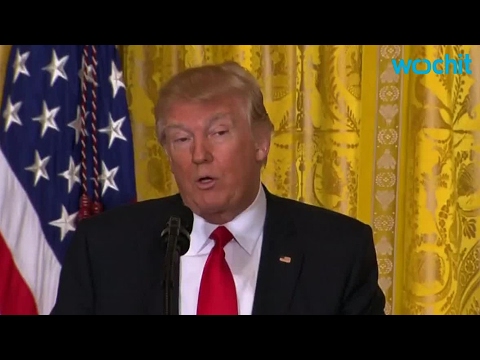 The vast majority of Americans in a new Quinnipiac opinion poll do not believe that Donald J. Trump is level-headed or shares their values. Of course, this is only one poll, and likely the plus or minus swing is 3 or 4 percent. But actually the findings are so decisive in most cases that that wouldn’t matter. Qunnipiac showed Trump beating Clinton last summer, so you can’t accuse them of being biased against him.

And only 38% think he is doing a good job in his first month, versus 55% who say no. In contrast, a strong majority trust the courts to do the right thing.

This finding has to be underlined. Only 33 percent of Americans (as projected from this poll) think Trump is level-headed.

So this is the guy with the nuclear codes. The guy with the power, as things evolved through the 20th century, unilaterally to declare war. The guy who presides over a trillion-dollar a year security and military complex. Who has several hundred thousand people spying on us all. The guy who issues executive orders, which now make up about 1/3 of all of our national legislation, and who does so by fiat.

And 63 percent of you think he isn’t level-headed? And, like, this wasn’t apparent to you all the way through 2016?

I mean, is this a joke? You put a flake (isn’t that what you mean by “not level-headed”?) in the most powerful office in the world? What, did you think it would be entertaining, sort of like one of those asteroid movies where in the end there is no way to stop it from destroying most of the earth? Did your mother drop you on your head?

And get this, only 37 percent think Trump shares their values. It would be scary, of course, if they really even believed what they told the pollsters. Do 118 million Americans really think it is all right to just start grabbing the person next to them in inappropriate ways? Or do they only talk like that in the locker room? Do 118 million Americans really think the 10% of the country that is first-generation immigrants are all criminals?

So my guess is that on mature reflection even the 37 percent might have some doubts.

But again, if 60 percent of you think this guy’s values are alien to you, why would you put him in the presidency? Just for a change of pace?

The only positives for Trump here are that you think he is intelligent and a strong leader.

First of all, you have confused slyness with intelligence.

Second of all, you have confused mouthing off with being a strong leader. (I will remind you that you just said he has poor leadership skills; then how do you think he’s a strong leader?)

Then let’s take the issues, according to the Quinnipiac findings:

You think he is bad at handling foreign policy (56%). You think he’s bad on immigration (58%). You even think he is bad at counter-terrorism (49%). The only thing you think he is good at is running the economy (47% positive on that). And boy, do you have another think coming. Wait till he gets rid of Dodd Frank and deregulates even further the big banks and investment firms. The 2008 crash will look like a kindergarten field trip. And the environment is part of the economy. This is the guy who thinks it was much better when coal companies could release their toxic ash into our streams and rivers and when dirty oil pipelines could spill their poisonous sludge into our drinking water and fields. (So they can, again).

The vast majority of you think Trump’s Muslim ban went too far, and you are really against banning Syrian refugees, and you think in general the Federal government has taken this counter-terrorism thing way too far, chipping away at our civil liberties.

I saw on social media someone quoting a Trump supporter that they want us to give them a way to say they were wrong and made a mistake, without our telling these voters that they were bad people.

OK, you’re not bad people. You just made a mistake. Everyone makes mistakes.

But there are things you have to do to make up for the mistake. You have to give Trump a Democratic Senate and even House in 2018 if you want those bad instincts you just identified to be restrained. The GOP is obviously going to let Trump exercise his bad judgment all he likes. Even so-called mavericks like Sen. John McCain have not voted against Trump even once.

And, you have in your own life to counter-act Trump. Help with or give some support to refugees already here. Join a Muslim-American civil rights organization like MPAC or an Arab-American one like the Arab-American Anti-Discrimination committee. And where you can afford it and it is practical, cut down on your carbon footprint. Use public transportation or drive an electric vehicle. Pressure your utility to give you more green energy. If you can, put up solar panels.

You made a mistake. Fix it.