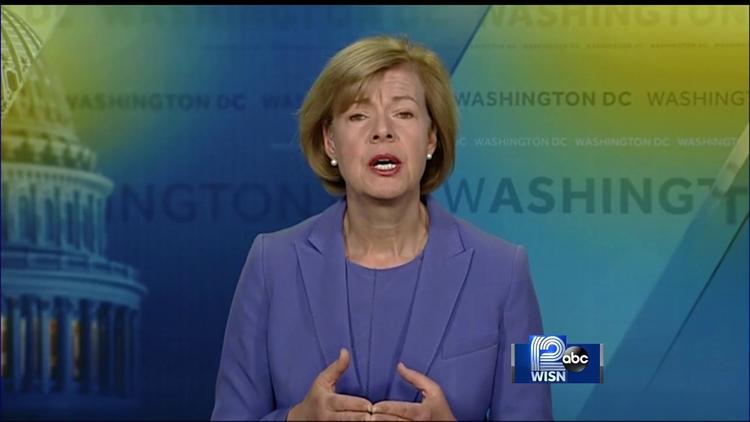 Meanwhile, some experts say there is a case for appointing a special prosecutor.

Republicans are dismissing the mounting call to thoroughly investigate the Trump campaign’s connection with Russian intelligence, and party leadership is seemingly pushing for members to fall in line behind the president amid growing outrage.

“The Democrats can play their politics all they want; they’re welcome to do that, this is Washington,” Nunes said. “But as far as I’m concerned, we will continue to investigate the Russian activity like we’ve done for many years.”

Nunes and ranking committee Democrat Adam Schiff, also of California, announced plans in January to investigate Russia’s alleged influence on the 2016 election—but that was before President Donald Trump’s national security adviser Michael Flynn stepped down over reports that he had secretly been in touch with Russian diplomats.

Now, Nunes says he will not form a select committee to look into the allegations specifically, despite a growing demand, telling Politico, “There is not going to be one; I can tell you there is absolutely not going to be one. And I am not going to be lectured by people who are speaking out of both sides of their mouths.”

According to reporters John Bresnahan and Rachael Bade, “several senior House Republicans and GOP sources privately echoed those comments,” even as some party leaders, like Senate Majority Leader Mitch McConnell of Kentucky, have publicly stated plans to look into alleged Russian involvement in Trump’s 2016 campaign.

Another senior House Republican who did not wish to be named downplayed the need for further action in the House to investigate the matter. While the source said “there is great angst and concern about this amongst members,” he added that “there’s already an active investigation [of] the campaign in the intelligence community.”

Indeed, inoculating President Donald Trump from criticism and softening the severity of the accusations seems to be a central prescription in the House of Representatives. The source continued, “We support the president and we’re not flinching on this one.”

“[It’s] not a story playing back home. Our focus is on other issues; we have big agenda items we want to accomplish,” he said.

But the GOP’s tone has not sat well with progressives and advocacy organizations. The Los Angeles-based Courage Campaign on Wednesday called on Nunes to resign as chair, stating, “National security and the intelligence that protects the American people should never be subject to political partisanship. Nunes’ failure to take the allegations against Flynn seriously is proof positive that Nunes is either incapable or unwilling to do his job—and that is unacceptable.”

“With so much at stake, we need a Congress that will hold the members of the Trump administration accountable when they undermine and risk the security of the American people,” said Courage Campaign executive director Eddie Kurtz. “Nunes has proven that he is not up to the task.”

The House investigation is just one of several inquiries into what Trump knew about Flynn’s contact with Russian officials. Similar probes are underway in the Senate and among intelligence agencies.

However, as Ken Gude and Kate Martin write at Just Security, “the existence of such investigations is not sufficient grounds to determine that no special counsel is needed because questions have also been raised about the impartiality of the FBI Director and the Bureau which suggest the existence of a conflict.”

There is a case for a special prosecutor to look into Trump’s ties with Russia, they write, outlining numerous conflicts of interest that range from newly-confirmed Attorney General Jeff Sessions’ key role in the president’s campaign—the U.S. Department of Justice is charged with investigating members of the administration—to moves by the FBI that seem “calculated to be helpful to the Trump campaign and transition.”

“In sum, it is hard to imagine a case for concluding that these circumstances do not present both a conflict of interest and extraordinary circumstances,” Gude and Martin write. “These questions about the Trump administration also undermine public trust in the legitimacy of the government and democratic institutions and thus the public interest would be served by an outside independent and impartial Special Counsel conducting the investigation.”

This work is licensed under a Creative Commons Attribution-Share Alike 3.0 License< Via Commondreams.org