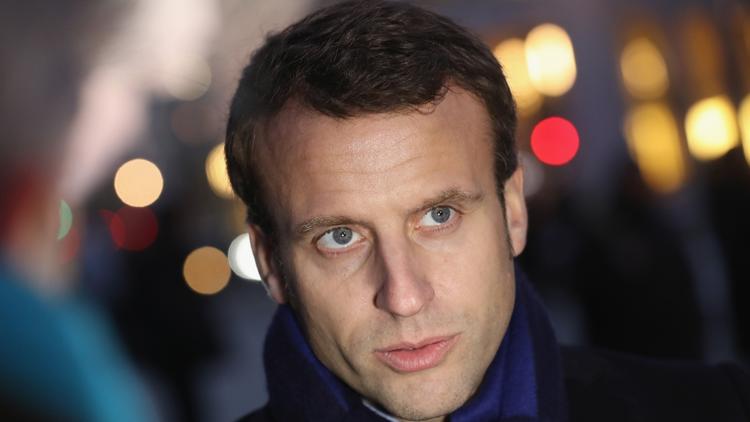 The United States of America. Home of the free. Land of the brave. And, until Donald Trump became president, a beacon of science, research and technology. And Emanuel Macron wants a piece of it.

Emmanuel Macron, who emerged this week as the favourite in the French presidential race, made a shock bid to skim the crème of the crop of American scientists. His appeal to US boffins was simple – escape alternative fact merchant Trump by moving to France.

“This is a message for American entrepreneurs, researchers, engineers, working on climate change,” Macron says in his video address on social media.

“I invite you to come to France and join European and French researchers working on climate change here. Because here, you are welcome…this is your nation.”

That a French politician can say this today with a straight face is in itself incredible. But for many scientists, America is being propelled back to the dark ages.

Trump has branded climate change a “hoax” and a plot by China to weaken the US. He sent a chill down the spines of researchers and scientists by asking them to delete all references to climate change from US governmental websites.

Federal agencies like NASA and NOAA have seen their funding cut and have since gone guerrilla, launching alternative Twitter accounts to continue airing the views of independent science.

Will the brainboxes heed the call to swap their freedom fries for French fries? It’s true, the cheese is much better than the canned goop Yanks splurge into their mouths. But Parisians are not noted for their patience with foreigners mangling their beloved language.

Does Macron really believe US researchers will leave en masse to France where top scientists are paid a trifle, and where entrepreneurs and Americans are seen with suspicion as villains and racketeers?

And what does Macron gain from making this clarion call during a busy campaign? For sure, his message is meant above all for domestic consumption (which may explain his succulent Franglais).

The pull of the American dream remains strong in France where the bureaucracy is legendary and entrepreneurs are burdened by a 3,000 page labour code.

As soon as they get the opportunity, successful starter-uppers and engineers are only too happy to pack up for Silicon Valley and leave the Seine behind.

As a former Rothschild banker and French economy and finance minister, Macron is only too aware of this.

So what is he really saying when he tells US brainboxes “I want vous”? Something like “I’ll make France great again!”