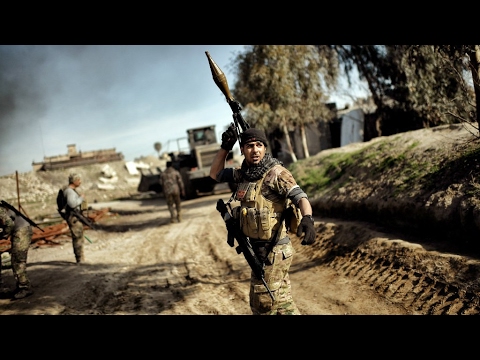 The operation to retake Iraq’s second city of Mosul from the so-called Islamic State [group] (IS) has entered its crucial phase. The Iraqi army, federal police, elite counter-terrorism units, and rapid response troops are operating on the ground, bolstered by discreetly embedded US special forces. The US and Iraqi air forces, meanwhile, are carrying out strikes.

The offensive approached from the south of the city and began by seizing small villages. The army first retook the town of Abu Saif and then Ghizlani military camp. The city’s international airport soon followed.

But the assault faces tougher challenges to come. Tens of thousands of civilians remain in western Mosul, trapped in critical humanitarian conditions. Some are reportedly being used as human shields. With very narrow streets restricting the movement of vehicles, fighting could be house-to-house. And all the while, IS will be using suicide bombers, explosives deployed via drones, and a network of tunnels.

Despite the prospect of a long, tough fight, a sense of optimism is spreading. Many among the Iraqi forces and many Iraqi people now sincerely believe that the liberation of Mosul is not far away.

They have good reason to be hopeful. Fears that the effort to retake eastern Mosul would end in disaster proved unfounded, and unlike in other IS-held cities such as Ramadi, the city’s infrastructure survived the assault largely intact. After the area was declared free in late January, normal life began to return and schools, shops and restaurants reopened.

The sense of recovery extends well beyond the city. Social media campaigns by young Iraqi activists have defied sectarian barriers and called for national unity. A campaign to donate books for the University of Mosul’s central library – home to valuable publications and rare manuscripts before it was destroyed by IS – has drawn support from across Iraq.

These are very encouraging signs. But even if Mosul is quickly and fully retaken without being part-destroyed in the process, Iraq has a steep hill to climb.

Iraq’s political elite is seriously divided and there is uncertainty about how or whether the country can take on the massive challenges of a post-IS era. Infrastructure largely obliterated during the fight against IS must be rebuilt – without this the return of displaced people to their territories cannot be granted.

Political, military and social challenges all complicate the situation. A full-blown victory in Mosul will be a major turning point for Iraq’s security forces and its people, but it will not make a dent in the country’s deeper problems.

The biggest challenges are nationwide – not just in the liberated areas. Establishing real security means not just holding territory, but rebuilding trust between Baghdad, provincial authorities and local communities. As things stand, poor security and law enforcement have left dangerous vacuums across the country which are filled variously by militias and tribal legal systems.

The priority should be to establish an independent national military institution, representative of all Iraqis and able to enforce the law. But Iraq is still busy dealing with the legacy of the US-led invasion of 2003 and the ensuing “reconstruction” of the national system, which bequeathed a dysfunctional electoral system and a sometimes barely functional national army.

The main obstacle to clearing up the mess is the multi-level corruption installed by the post-invasion political elite. The country’s leaders have successfully enriched themselves, but they’ve failed to come up with a clear vision of what the Iraqi people need and how to give it to them – and they’ve also failed to stand up against regional and international interventions. This venality and incompetence has come at a heavy price – many Iraqis have died or lost loved ones, and millions more endure various kinds of hardship and suffering to this day.

The liberation of Mosul could be a turning point, but the opportunity must be seized by Iraqis themselves, not least intellectuals, academics, and influential groups and individuals in civil society. They must unite to force meaningful change at the very top of all Iraq’s beleaguered institutions, whether political, military, economic, judicial or educational. Social media campaigns and shows of solidarity during hard times are a good start, but it’s time for more concrete action.

After all, IS is but one symptom of a prolonged political and civic failure. If the fundamental pathology is not treated, Iraq will remain stuck in its cycle of corruption, oppression, division and conflict.