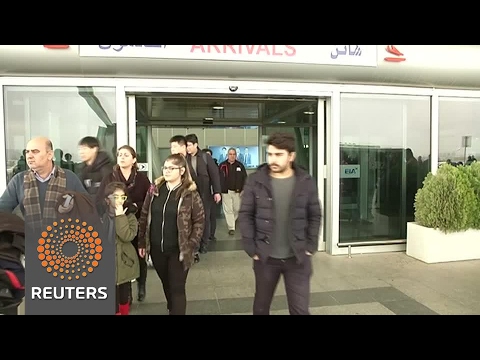 During late 2015, when he first began campaigning to become the Republican nominee for president, Trump made his point when he described his plans for the Islamic State (ISIS or IS). “I would knock out the source of their wealth, the primary sources of their wealth, which is oil,” Trump told MSNBC in August 2015. After that, “I’d take the oil for our country,” he added.

When the Bush administration was preparing in early 2003 to invade Iraq and remove Saddam Hussein from power, planners at the State Department placed oil at the center of the mission, calling for “a radical restructuring” of the Iraqi oil industry. A primary goal of the war, they advised, must be to open the country’s oil industry to international oil companies.

In fact, State Department officials came close to achieving their goal in mid-2008 when they helped to negotiate a series of deals to bring some of the most powerful oil companies into Iraq. The deals with the Iraqi government “will lay the foundation for the first commercial work for the major companies in Iraq since the American invasion, and open a new and potentially lucrative country for their operations,” The New York Times reported.

Soon thereafter, Iraqi officials backed away from the deals, primarily because they created so much controversy, but officials in Washington didn’t abandon their efforts. After the Obama administration entered office in January 2009, U.S. officials continued pursuing deals that would open the country’s oil industry to U.S. oil companies.

U.S. diplomats in Iraq, who participated in the efforts, were quite optimistic about the possibilities. In June 2009, when the Iraqi government began a new bidding process for international oil companies to gain access to the country’s oil industry, U.S. diplomats could barely contain their excitement. “First Oil Bid Round: The Greatest Show On Earth,” the diplomats titled one of their internal reports to the State Department.

In the following months, the diplomats grew more excited. As the Iraqi government began making a series of deals with international oil companies, allowing them to begin operating in the country, the diplomats reported that a “black gold-rush” had begun. “The bidding started as a rush and quickly became a stampede as a broad range of international oil companies bid unheard of low prices for seven of the ten oil fields (or oil field groups) being offered,” the diplomats reported.

In the process, a number of the most powerful U.S.-based oil companies acquired contracts with the Iraqi government. As the diplomats noted in another report, “ExxonMobil and Occidental will participate in the development of approximately one-third of Iraq’s new, future oil production.” This is “a significant win for the U.S. economy,” they added.

Much has changed since U.S. officials began making their first real progress in opening the country’s oil industry. The rise of IS, and its rapid capture of large parts of Iraq and Syria, has made it far more difficult for oil companies to operate in various parts of the country.

At the same time, Trump’s plans to intervene in Iraq and take the oil should be recognized as just another variant of longstanding U.S. policy. In keeping with his “America First” motto, he has abandoned all pretense of ensuring multilateral access to the oil in favor of U.S. corporations alone. He may often frame his plan as a way of weakening IS, but he has made it clear that he has long felt that the United States should take the oil. Even before the rise of IS, “I always used to say, keep the oil,” Trump acknowledged in his post-inaugural speech at C.I.A. Headquarters. And “I said it for economic reasons,” he noted.

Indeed, Trump shares the same basic ambitions as his predecessors. By saying that he wants to take the oil, he is revealing what U.S. officials have been trying to do for years. They want to take Iraq’s oil, use it for the benefit of the United States, and let nothing stand in the way.

“So we should have kept the oil,” Trump insisted once again in his speech to his audience at the C.I.A. “Maybe you’ll have another chance,” he added.

Reuters: “Iraq will not retaliate against Trump’s visa ban – PM”