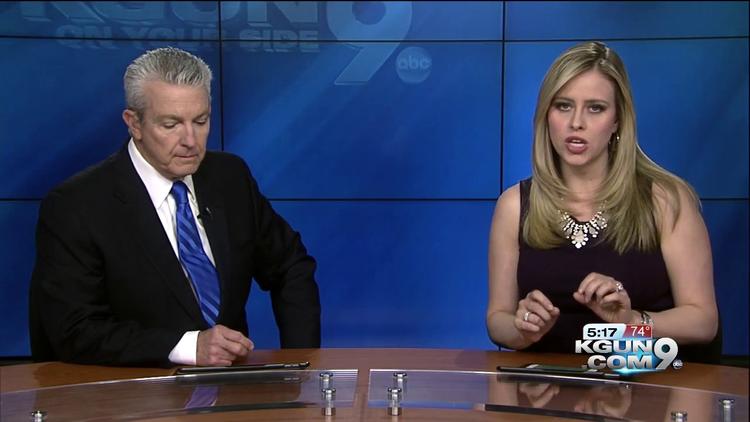 It was not clear from the excerpt who exactly Trump considered “bad hombres” — drug cartels, immigrants, or both.

President Donald Trump threatened his Mexican counterpart Enrique Peña Nieto with sending U.S. military to his country to deal with “bad hombres” because the Mexican Army seems to be “scared” of them, the Associated Press reported Wednesday night, according to an excerpt of the transcript of the conversation it obtained.

“You have a bunch of bad hombres down there,” Trump told Peña Nieto in a Friday phone call according to the excerpt seen by the AP. “You aren’t doing enough to stop them. I think your military is scared. Our military isn’t, so I just might send them down to take care of it.”

It was not clear from the excerpt who exactly Trump considered “bad hombres” — drug cartels, immigrants, or both.

Just hours before the AP report, Dolia Estevez, a journalist based in Washington, D.C., told the Mexican news outlet Aristegui Noticias that Trump indeed did threaten to send a military force to deal with the drug trade, citing sources from both sides of the call.

“It was a very offensive conversation where Trump humiliated Peña Nieto,” Estevez told the outlet. He also said that Trump seemed to be aggressive when talking about the wall he authorized along the U.S.-Mexico border.

However, Mexico’s foreign relations department downplayed the reports and flatly denied that Trump made such comments. “The assertions that you make about said conversation do not correspond to the reality of it,” the statement said.

“The tone was constructive and it was agreed by the presidents to continue working and that the teams will continue to meet frequently to construct an agreement that is positive for Mexico and for the United States.”

The reports come almost a week after Trump signed an executive order to follow through on his campaign promise to build a wall along the U.S.-Mexican, which prompted the Mexican president to cancel an official trip to Washington to meet the U.S. president that had been scheduled to take place this week.