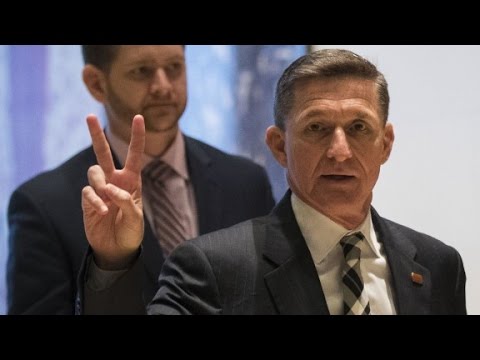 WHERE are Elmer, Herman, Bert, Tom and Charley,
The weak of will, the strong of arm, the clown, the boozer, the fighter?
All, all, are sleeping on the hill.

Since the election, many observers have rightly worried that President Trump and his advisors pose a unique threat to democratic rule. The most elaborate and eloquent distillation of these fears was voiced by former Bush speechwriter David Frum in The Atlantic, in which we were invited to imagine a Trump re-election after years of eroding key democratic norms like an independent judiciary and press. But the article relies on the assumption that the Trump Administration is led by committed ideologues with a plan, and that they would embark on at least a handful of populist policies with real public support.

So far at least, this worst case scenario seems a touch more remote than it did just a few weeks ago. The reality is that we are being governed by clowns. On the one hand, this is comforting – the Team of Connivers that Trump has assembled appears incapable of carrying out routine governance tasks like writing a legal Executive Order or having non-catastrophic initial phone calls with world leaders. Big, fanciful campaign trail ideas like getting tough with China or cutting Japan loose to defend itself have not survived contact with the administration’s initial briefings on these issues.

The trouble goes beyond incompetence. Inner circlers like Kellyanne Conway have already embroiled themselves in ethics problems, and the sudden resignation of National Security Advisor Michael Flynn on Monday suggests that the regime may be compromised up to the very top by Russian influence and meddling. Even in the hands of deft maneuverers and seasoned political operatives, this would be a tough row to hoe. But as a group, Trump’s cabal seems incapable of properly assessing the political impact of its policies, wrongly believing, for instance, that the administration’s two-bit Muslim Ban would be an overwhelming public opinion coup rather than a polarizing disaster that dispirited even people inclined to agree with the underlying policy. The determination to run the federal government of the United States half out of the White House and half out of the President’s Palm Beach dacha for semi-retired rich suckers is indicative of a broader cluelessness about public perception. Sorry, but did the American people really rise up against our elites only to see them conduct American foreign policy straight out of a garish playground for the nouveau riche?

Cleanup on aisle 3 in the West Wing is only a piece of the clown show. Trump’s GOP allies in Congress are facing an unwinnable, two-front war – to the West, the President’s radioactivity already threatens the Republican House majority in 2018. President Trump’s approval rating hit 40% in the most recent Gallup survey, an astonishing free-fall for a newly elected president. Because it’s a tracking poll, that number is likely to dip below 40 this week. And Republicans hold far more districts won by Hillary Clinton than the other way around. To the East, the venal, self-interested apparatchiks of the party are coming to the realization that many of the things they intended to do when they recaptured total power in Washington, including repealing the ACA and the Dodd-Frank financial reforms, are deeply unpopular with the actual human voters they will have to face in 21 months. To make matters worse, they have collectively yoked themselves to a man with Nixonian ethics and the attention span of a puppy who has already committed acts that are arguably impeachable. House Republicans, led by a sniveling con artist called Jason Chaffetz, do not even seem willing to investigate the administration’s crimes or perform the basic oversight functions of their branch.

But the trouble in Congress is much more serious than that. In the 10 years that have elapsed since the last time Republicans held unified control of American government, the party appears to have lost the ability to craft laws, competently run federal agencies or coordinate policy across the sprawling federal bureaucracy. What other explanation can there be for a political organization that spent the entirety of the Obama Administration grandstanding about the socialist evil of Obamacare only to then a) endorse several of its underlying premises including the requirement to cover people with “pre-existing conditions” and b) appear before the American people after recapturing power completely bereft of a workable, signature-ready legislative plan?

What on Earth have Paul Ryan and company actually been doing for the last six years? Has the Speaker of the House just been lifting weights, putting together mix tapes and leaving the rest to his underlings? If so, his underlings stink. And because the theory of Trump’s re-election as a newly minted authoritarian in the mold of Hugo Chavez rests on the premise that the GOP can deliver goodies to the voters, the determination of the administration to plow forward with top-down economic warfare means that another important assumption of the Frum worst case scenario is out the window.

In short: This is a clown show, led by amateur clowns who have escaped from the hatch of a dilapidated clown car. To a very real extent, the unfathomable meltdown of Trump’s first few weeks in office should make everyone feel a little bit better about the scale of the damage that this clique of feverish nitwits can actually inflict on our country’s institutions and norms.

Clowns, however, haunt our national psyche for good reason. It was after all only last year that a sinister clown-sighting hoax sent waves of panic across the country. They are objects of both derision and terror. This is why it is important to see the Trump team as simultaneously pitiful and blundering but also armed and dangerous. Placing the comically inept and the ideologically delusional in charge of important, complex bureaucratic and diplomatic processes is extremely dangerous. Even in the best of times, overseen by experienced, dedicated public servants, the U.S. federal government presents a massive coordination problem that can only be managed with constant effort. The perception of chaos at the highest levels of American policymaking – agencies and advisors working to sabotage one another, for instance – can only encourage risk-seeking behavior on the part of both allies and adversaries, as can be seen with Russia’s recent threatening moves, including a treaty-violating deployment of missiles and brinksmanship on the high seas. The belief that a rival state is in a condition of objective disarray has led to an endless series of wars and international crises, including Iraq’s decision to invade revolution-ravaged Iran in 1980.

The fact that this sense of unmanageable crisis is emanating from the high temple of the greatest military power in world history as it seeks to respond to and manage its relative decline makes the situation especially frightening. Not only is the Trump Administration led by fools who are proud of their own ignorance, the country lacks any kind of congressional check on their power. At least one center of influence in the White House – the greyfaced ideologue Steve Bannon and his serial killer-eyed acolyte Stephen Miller (what a plague of Steves that has been loosed upon the country!) – seems bent on destroying important institutions of the post-WWII geostrategic order, including NATO and the United Nations. What do you think the Russians, the Chinese and the North Koreans see when they look at America right now? Most likely, they are mulling their options to reorder international politics on their own terms because the leaders of the United States are too dumb or too brainwashed to do anything about it, or worse, would welcome the change.

The worst may not come to pass, but we certainly aren’t out of the woods yet. Those woods are filled with clowns – and not adorable children’s party clowns, but Stephen King’s It clowns. We should still be fearful, and we must be vigilant.