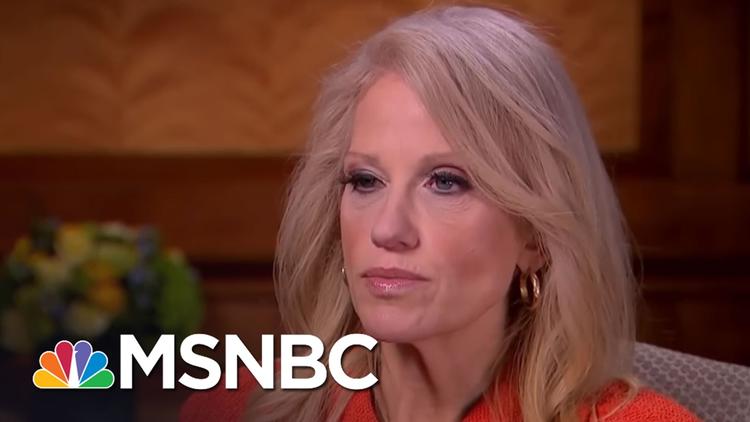 So I was watching Chris Matthews’ Hardball on MSNBC Thursday evening and Matthews had Kellyanne Conway on to defend Trump’s disastrous first two weeks. For some reason, Matthews declines to challenge her when she flat-out lies, although he is quick to get in the face of most other guests. He used to turn his show over to Trump, with no commentary or fact-checking, most nights at 7:30 pm during the presidential campaign, so bears some responsibility for our president catastrophe (though to be fair no doubt his bosses instructed him to do this).

In the course of defending Trump’s 7-nation Muslim ban, Conway alleged that President Obama stopped refugees from Iraq from entering the US for 6 months in response to two Iraqi terrorists who struck in Bowling Green.

There was no attack on Bowling Green and none was ever planned. There was an arrest of two Iraqi Sunnis there who were charged with supporting Daesh abroad. That arrest did not account for Obama’s refugee stop. Moreover, Obama did not stop visas for Iraqis, unlike Trump, who has canceled even valid visas for citizens of 7 countries. Conway’s attempt to compare Trump’s/ Bannon’s actions to those of Obama would be laughable if the dark racism of her fantasies were not so dangerous.

By the way, did actually arrest a domestic terrorist in Bowling Green, a convicted felon and white supremacist who illegally stockpiled an arsenal of guns and 40,000 rounds of ammunition and who planned to kill Jews and African-Americans. Schmidt is a German name, so I presume Ms. Conway will be announcing a German ban next? And, make note that the GOP Congress just repealed an Obama regulation requiring background checks before gun purchases. It is a little amusing that the FBI professed itself puzzled as to how Schmidt got all those guns.

Conway also alleged that the countries were chosen because their governments were known to train and dispatch terrorists.

This is not true. No one thinks the Iraqi government sends out terrorists on missions, (much less to its American ally in the fight against ISIL!) Libya has more than one government but I’m pretty sure we’re allied with at least one of them, and it is Libyans who defeated Daesh (ISIS, ISIL) at Sirte. Likewise, the Syrian government may be authoritarian and brutal but it has never targeted the US for terrorism. There haven’t been any Sudanese terrorist attacks on the US to my knowledge, and certainly not any time in the past two decades.

Here’s an interview with the elected president of Somalia in which he says, “We have made progress in our foreign relations. We have almost 30 foreign embassies working in Somalia; the United States, our biggest ally formally recognized the government of Somalia . . ..

If you wanted to ban Somalis because the al-Shabab group is based there, at least that would not be based on a falsehood, though it would be ridiculous to keep out women and children refugees (the vast majority) because there are al-Shabab in the country. We have a Ku Klux Klan, too. But banning Somalis because you think your ally President Hassan Sheikh Mohamud is a terrorist is just ca-r-ra- a- zy.

Then White House public liar, I mean, chief spokesman, Sean Spicer, said that Gen. Flynn had put Iran ‘on notice’ because it had attacked an American vessel in the Red Sea.

The Houthi militia that controls northern Yemen hit a Saudi vessel with a missile earlier this weak. Saudi Arabia blames Iran, since it sees the Houthis as cat’s paws of Iran. But that view is propaganda. There is no evidence at all of significant arms flows or strategic advice going from Iran to the Houthis. Most Houthi weapons are American, delivered to them by the elements of the Yemeni army loyal to deposed president Ali Abdullah Saleh, who has allied with the Houthis. The latter movement comes out of Zaydi Shiism, which accounts for a third of Yemenis and is localized in northern Yemeni tribes. These Zaydis are angry that the Saudis tried to proselytize them into becoming Wahhabis (and who wouldn’t be). They are a nativist movement resenting foreign influence, not proxies for Iran (they have a different branch of Shiism).

So there is no reason to think that Iran was behind the shelling of the Saudi vessel. Saudi Arabia has committed numerous war crimes in Yemen with indiscriminate bombing and has targeted civilian infrastructure, so however regrettable violence might be, no one can be surprised that the scrappy Yemenis fight back.

The evidence is, moreover, that millions of people lap up this steaming crock they serve, and no doubt most Americans will believe them rather than believing people who know what they are talking about.

This detachment from reality and extreme violence to the facts will eventually come back around to bite America on the ass. There is every reason to think, moreover, that President Bannon will use the very violence he provoked to steal our rights from us.

Me, I’m going to go watch the recording I made of The Expanse on Syfy. The tale of an Earth-Martian conflict in which the colonists of the asteroid belt get caught up, it is much more plausible than Trump’s spokespeople.