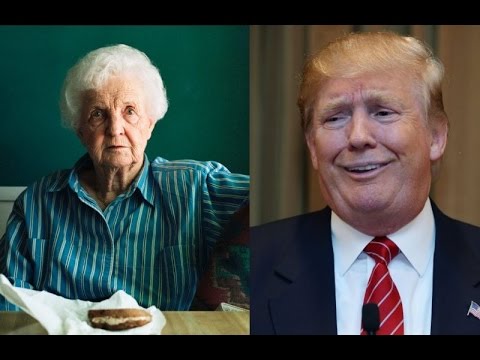 One in six seniors “struggles with hunger,” according to Meals on Wheels, which provides free services to those who cannot afford to pay.

Meals on Wheels America, the umbrella organization for 5,000 providers of home-delivered meals for seniors, said on Saturday that online donations have surged since the White House released a proposed budget that could lead to a big drop in its funding.

The organization, which provides advocacy services for the national network, received about US$50,000 on Thursday after the budget blueprint was announced, compared with US$1,000 on a typical day.

President Donald Trump’s first budget proposal includes a 17.9 percent cut for fiscal 2018 in funds for the Department of Health and Human Services, which provides most of the government support for Meals on Wheels, the organization said.

The budget proposal did not say how the cut would affect the Administration for Community Living, the HHS agency that funds nutrition programs for the elderly, Meals on Wheels spokeswoman Jenny Bertolette said.

But Meals on Wheels said on its website that it is difficult to imagine a scenario under which the next federal budget would not have an impact on its services.

“While Meals on Wheels America and local Meals on Wheels programs are seeing an uptick in giving, it does not replace federal funding,” Bertolette told Reuters in an email.

Trump’s budget proposal calls for a sharp increase in military spending and a like reduction in most discretionary non-defense programs.

One in six seniors “struggles with hunger,” according to Meals on Wheels, which provides its services free of charge for those who cannot afford to pay.

Seniors who have fresh meals delivered daily show greater improvement in health and well-being than those who get frozen meals delivered once a week or no meals at all, the organization said, citing research from Brown University and funded by AARP Inc.