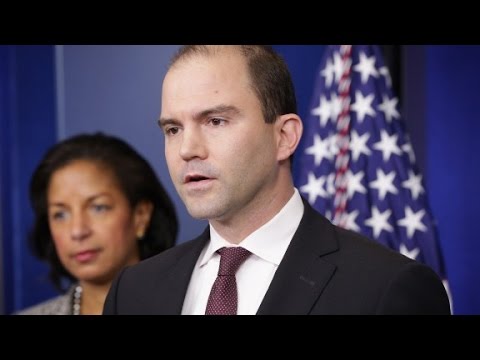 Donald Trump is angry at his predecessor, former president Barack Obama, this weekend. He says he discovered (from the digital toilet paper ‘Breitbart,’ apparently) that a FISA court ordered a wire tap of Trump Tower in fall of 2016, and that it continued even though investigators never found anything. He said Obama ordered the wire tap, and that it was outrageous and was a form of McCarthyism. (Good to know that even far right wing white supremacist billionaires can agree that Sen. Joseph McCarthy’s persecution of the American Left in the 1950s was wrong).

Trump is developing an unhealthy and abnormal complex about Obama. He earlier blamed the former president for organizing town hall protests against Republican politicians who seek to abolish the Affordable Care Act, and of orchestrating embarrassing leaks from the Trump White House.

That is, in Trump’s paranoid mind, Michael Flynn was forced off the National Security Council by Obama smearing him as a Russian agent rather than by Flynn’s discussion of sanctions with the Russian ambassador, about which he repeatedly lied. And Little Marco Rubio can’t have a town hall in Florida on health care legislation because . . . you guessed it, that busy, busy Obama.

I am frankly worried for Obama. Trump has large numbers of white supremacist and Neo-Nazi supporters, and if the president repeatedly accuses Obama of attempting to bring him down, it could create extreme danger for the former president.

Paranoia, by the way, is a symptom, not the disease itself. It could indicate clinical depression or a host of other disorders (it would be bad for a sitting president to have any of them).

As for the case at hand, as usual, Trump is wrong about just about everything. President Obama could not have ordered a wire tap all on his lonesome. The president does not have that authority, precisely in order to prevent abuse of the power of the office. And a former spokesman for Obama’s National Security Council, Ben Rhodes, categorically denied that the White House asked for wiretap on Trump or his campaign. On the other hand, he characterized Obama’s reticence as an avoidance of interference in a Justice Department or other investigation, so there may have been such a probe, but it wasn’t Obama doing it.

Loretta Lynch at the Department of Justice or James Comey at the FBI could have gone to the FISA court and asked for a warrant to monitor Trump and his people. The National Security Agency could also have sought such a warrant.

But the FISA court would not have granted a warrant unless whoever asked for it was able to present strong evidence that Trump was a) involved in something illegal or b) was acting as a foreign agent.

It is also possible that Trump and/or his people repeatedly called someone who was under surveillance on a FISA warrant, in which case their calls would also have been monitored.

What puzzles everyone is why Trump thinks he has to get this information from Rush Limbaugh or an alt-NeoNazi rag. He is the president. He could just ask for a briefing on the probe, if there was one.