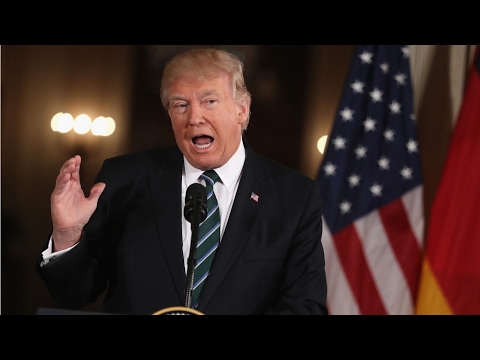 Donald Trump’s election campaign made much of his predecessor Barack Obama’s failure to control and defeat ISIL, contrasting this with his own determination to destroy the movement if and when he became the United States president.

Around the time of his inauguration in January, he ordered the Pentagon to produce a plan for immediate and radical action. Since then, not much has happened. So in this interim period, how does Washington’s outlook relate to the fluid events on the ground?

The Pentagon’s response to Trump’s request was, according to informed sources, simply to advocate more of the existing strategy. That means more air-power; a bit more arming of opposition groups, especially the Kurds; somewhat closer involvement in the fight against ISIL in Mosul; and deploying some additional American troops to the region, primarily in Syria.

The deeper reality is one of drift: a routinely distracted administration, still lacking far too many senior expert appointments.

This cluster of suggestions, far from a substantial change, makes even more interesting the administration’s stance at the summit meeting in Washington on 22-23 March of the sixty-eight countries involved in the anti-ISIL coalition. Its purpose, says the state department, is “to accelerate international efforts to defeat ISIL in the remaining areas it holds in Iraq and Syria and maximize
pressure on its branches, affiliates, and networks”.

Some positive spin and even a few tweets are the guaranteed outcome. But the deeper reality is one of drift: a routinely distracted administration, still lacking far too many senior expert appointments and facing swingeing budget cuts, not least in the pivotal state department itself.

Jon Alterman, senior vice-president at the prestigious, and very much establishment, Center for Strategic and International Studies, says:

“What I find puzzling is going ahead with something which would normally require a huge amount of staff work at a time when the staff really isn’t in place. Normally this sort of thing would involve armies of aides drawing up planning documents, agenda, talking points, conclusion briefs on all kinds of things. The Trump administration doesn’t have armies of aides working on these issues.”

“Nobody can imagine a world without the U.S. in a leading role, but governments are starting to think that they need to imagine and hedge against it.”

This alone is a serious matter that deserves close attention. But the context of the anti-ISIL summit is a phase of rapid change in several theatres of conflict: Syria and Iraq, but also increasingly problematic Afghanistan, while Israel is getting more directly involved in the Syrian imbroglio.

Mosul is a good place to start. There, a coalition of ground troops supported by copious airstrikes is trying to wrest control of the western half of the Iraqi city in face of very strong resistance. ISIL will lose control of Mosul . . . The longer it takes the greater will be the cost. This is because the elite Iraqi special forces spearheading the attack are experiencing such heavy casualties that the ability of Haider al-Abadi’s government in Baghdad to hold the country together in the face of a post-Mosul civil war will inevitably be severely compromised.

Across the border in Syria, a coalition of extreme Islamist militias succeeding this week in conducting a sophisticated ambush on the forces of the Bashir al-Assad regime in eastern Damascus. Both the suddenness of the attack, and the extent to which disparate opposition groups united for the offensive, are ominous for the regime.

In the event, pro-regime forces initially regained much of the territory quite quickly –  but, in a development that was as surprising as the original rebel advance, lost it to a renewed thrust. Moreover, the coalescing of some opposition groups evident here is happening elsewhere in Syria, most notably near Hama where nominal regime control is threatened by another rebel coalition.

These twists in Syria’s multi-pronged war are causing concern in Washington but also in Moscow, where Vladimir Putin’s forces are eager to minimise the considerable economic costs of continuing to support the regime but cannot afford to let it fail.

Three further strands should focus minds at the summit, though it is far from clear that Trump’s team are following them or to what extent.

The strong suspicion, to put it no higher, that the White House has not thought things through, lacks expert advice, and is dominated by ideologues makes it hard to believe in a positive outcome.

First, the Israelis have recently stepped up their rate of airstrikes in Syria, primarily against Hizbollah but also against Syrian army units. This follows a report that the Syrians fired on an Israeli aircraft, drawing a sharp response from the Russians  This, in turn, led to an Israeli demand that the Russians work to limit Iranian intelligence activities in Syria. That factor is probably at the root of Israeli concerns over Hizbollah, whose power-base in southern Lebanon is so close to Israel’s north-east border

More generally, Israel is getting steadily more involved in Syria while strengthening its ties with a wider range of overseas militaries. The annual Blue Flag air-warfare exercise this autumn will be the largest ever, involving Israel’s airforce and those of seven other states: the United States, Greece, Poland, France, Germany, India and Italy

Second, of much more immediate concern to the Trump team should be the status of ISIL in Raqqa, its powerbase. Trump is determined to oust ISIL from here, especially after the movement loses Mosul, but to do so he needs the support of the Syrian Kurdish militia known as the People’s Protection Units (YPG). Turkey is adamantly opposed to the Syrian Kurds’ growing influence, with Recep Tayyip Erdogan intent on countering this trend as he campaigns for more presidential power at home.

Trump’s only other viable option is to inject US ground-forces directly into the fight for Raqqa. This might work, but more American “boots on the ground” will supply Islamist propagandists with welcome evidence for their claim that what is happening is a “crusader” assault on Islam.

Third, Afghanistan’s government has just renewed its plea for more military support from Washington in response to the growing reach of the Taliban and other armed opposition groups, including those linked to ISIL. The plea came too late to prevent the capture by the Taliban of the important town of Sangin, in Helmand province, on 23 March.

If all these trends are put together, it becomes clearer that the Trump administration confronts multiple problems in handling the complex conflicts across the Middle East and south-west Asia. The strong suspicion, to put it no higher, that the White House has not thought things through, lacks expert advice, and is dominated by ideologues makes it hard to believe in a positive outcome.

A lecture by Paul Rogers, delivered to the Food Systems Academy in late 2014, provides an overview of the analysis that underpins his openDemocracy column. The lecture – “The crucial century, 1945-2045: transforming food systems in a global context” – focuses on the central place of food systems in human security worldwide. Paul argues that food is the pivot of humanity’s next great transition. It can be accessed here