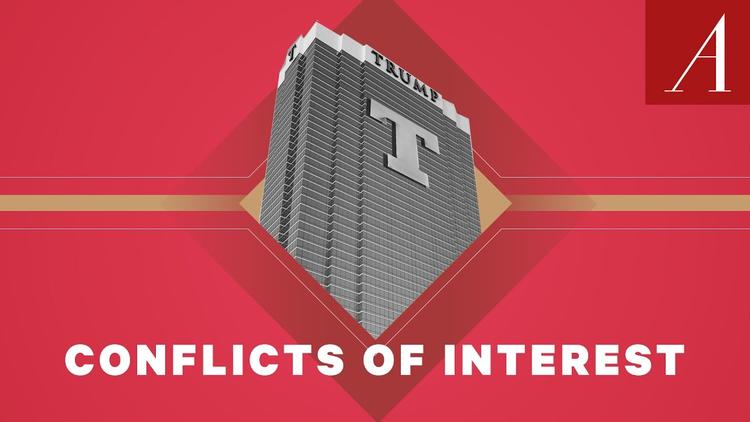 “Donald Trump is an unprecedentedly wealthy president, who owns or licenses his name to buildings, casinos, and luxury hotels around the world. An ethics watchdog group has already brought a lawsuit against him for violating the Constitution’s “Emoluments Clause,” which prohibits government officials from receiving gifts from foreign states. Trump has taken few steps to distance himself from his organization, and foreign governments could use the President’s business interests as bargaining chips to influence his policymaking. Atlantic writer Jeremy Venook has been monitoring the President’s growing list of conflicts of interests since November 2016, and breaks down some of the most alarming ones in this video. ”

The Atlantic: “How Foreign Powers Could Try to Buy Trump”