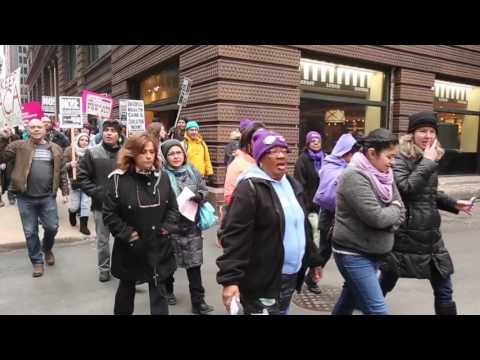 House vote moved to Friday, but with Republicans across the political spectrum unhappy with details of the AHCA, and mounting public opposition, the bill’s passage seems tenuous.

Republican lawmakers on Thursday were met with a deluge of outrage and calls to stand against the American Health Care Act (ACHA) while the planned House vote was thrown into disarray as defections mounted.

House Speaker Paul Ryan postponed a 3:30pm press conference shortly before it was reported that Thursday’s vote was cancelled after he and President Donald Trump held a series of meetings with GOP lawmakers to pressure the plan’s skeptics. But with Republicans across the political spectrum unhappy with details of the AHCA, and mounting public opposition, the bill’s passage seems tenuous.

According to CNN, the White House is “confident” the vote will take place Friday morning.

At the same time, a new Quinnipiac University poll out Thursday found that only 17 percent of voters currently approve of the AHCA, while 56 disapprove and 26 percent remain undecided. The survey was taken even before it was revealed that Trump and Ryan had promised the ultraconservative Freedom Party they would consider a proposal to repeal the “essential health benefits” (EHBs), such as maternity care and wellness visits, that were central to the ACA.

Further, 46 percent said they would be less likely to vote for a lawmaker who votes to replace the Affordable Care Act (ACA), or Obamacare, with the Republican plan.

“Replacing Obamacare will come with a price for elected representatives who vote to scrap it,” remarked Tim Malloy, assistant director of the poll, who noted that many Americans “clearly feel their health is in peril under the Republican alternative.”

For weeks, with overflowing town halls, call-ins, office visits, and demonstrations, the resistance movement has made it clear to Republican lawmakers that there would be retribution for stripping millions of voters of their healthcare. On Thursday, that promise was strongly reiterated.

“It’s go time,” the Indivisible movement declared early Thursday, encouraging voters to contact to their Republican officials, particularly those identified as being on the fence in their support of the American Health Care Act (ACHA).

That call to arms was answered swiftly with people posting images of protests outside lawmakers’ offices, including the White House. After it was announced that the vote would no take place Thursday, organizers celebrated the news, telling the grassroots movement: “This is all you.”

Friends: you should know just how incredible this is. House leadership can usually push through anything that they want.

Here’s the small #AHCA protest outside of the White House right now. pic.twitter.com/9LZ3lEeYOG

Resistance group CAP Action has put together a “TrumpCare toolkit,” which identifies potential swing vote Republicans, as well as sample scripts for phone calls and information about local protests.

“[W]e’re not done,” Indivisible cautioned. “Keep calling. Keep visiting. Bring friends with you. We can take down TrumpCare.”