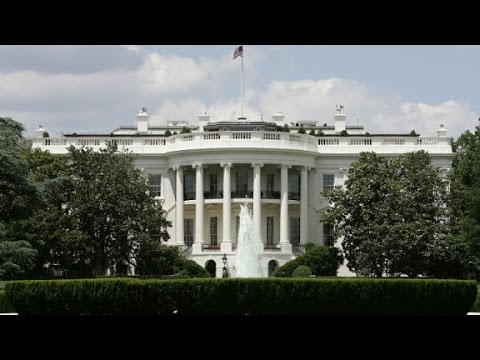 With important national elections scheduled this year in the Netherlands, France and Germany, European officials on edge about possible Russian interference are pursuing various measures to counter it.

But with a daily onslaught of fake and misleading news, repeated attempts to hack computer systems of “anti-Moscow” politicians and political parties, their task is immense.

Russian efforts to tilt elections and national referenda to suit its interests are ongoing. According to a report released by the US Office of the Director of National Intelligence on Russia’s influence on the 2016 US election, Putin’s government “has sought to influence elections across Europe”.

Alex Younger, the head of MI6, Britain’s Secret Intelligence Service, finds “profound” the risk to British sovereignty posed by the kind of state-directed fake news, propaganda, and other acts of subversion the Kremlin routinely engages in.

Russia has denied interference in the US or European elections, and calls such accusations examples of rampant “Russophobia” in the West.

Disinformation campaigns, or what are also sometimes called “active measures” in the “information space”, have become an increasingly important feature of Russian military doctrine.

The goal of these campaigns is to weaken and undermine support for the European Union, NATO, and public trust and confidence in democracy itself. And with the rise of anti-establishment, anti-EU politicians across Europe, Russia has found an increasingly receptive audience for such operations.

Russian propaganda campaigns date back to before the Cold War. But the sophistication and volume of these efforts are greater today than in the past. The internet has opened up new modes and opportunities for Russia to influence foreign elections — and new vulnerabilities for democratic societies, for which the free flow of information is a fundamental feature.

There is evidence, for example, that Russia played a role in several key national referenda across Europe last year: in April, when Dutch voters rejected an EU treaty with Ukraine that would have led to closer political and economic ties; in June, when British voters opted to leave the EU; and in December, when Italian voters rejected constitutional reforms championed by then Prime Minister Matteo Renzi, leading to his resignation.

The results of each of these votes served Russia’s broad interest in undermining EU cohesion.

Russian interference in Western elections can take various forms. Its operators may disseminate false or misleading news via blogs, websites, and social media or hack into computer networks and email accounts to steal and then leak compromising information against politicians seen to be anti-Russia (for example, Hillary Clinton). At the extreme, hackers may rig computer systems to manipulate election vote counts.

Russia’s disinformation campaigns also aim to instil doubt, confusion, and cynicism in the democratic process, erode public trust in institutions and in the news media — even to the point of eliminating the very idea of “a shared reality”. This foments populist anger and anxiety.

Thus disinformation campaigns and cyberespionage are for Russia attractive means to undermine Western governments and societies.

It is often not clear if hackers are working with clear directions from Moscow or if they simply share sympathies with the Russian government and are acting independently.

A clear and present threat

Dutch authorities are so concerned about the possibility that its election could be manipulated that the interior minister announced that ballots will be counted by hand in the upcoming national election. Experts had warned that government computer systems were vulnerable to attack and disruption by state actors.

Likewise, the German government has advised of the possibility of a Russian cyberattack against the country’s federal elections. Russia is already suspected of hacking into the German Parliament’s computer network in 2015. German officials also suspect that Russia was behind a computer hack last November that resulted in 900,000 Germans temporarily losing internet and telephone service.

Putin has a powerful incentive to undermine German Chancellor Angela Merkel, who has been one of his most outspoken critics in Europe. She is also one of the strongest voices in favour of maintaining EU sanctions against Russia for its 2014 invasion and annexation of Crimea and its support for separatist rebels in the ongoing conflict in eastern Ukraine.

In France, Emmanuel Macron, who is running on a pro-EU platform ahead of French presidential elections in April and May, has accused Russian hackers of targeting him in an attempt to smear his candidacy. Richard Ferrand, the secretary-general of Macron’s En Marche party, has said that the campaign’s website and databases have been subject to “hundreds, if not thousands” of attacks from inside Russia.

Gérard Araud, France’s ambassador to the United States, argues that Russian election interference and manipulation, if unchecked, could pose an “existential threat” to Western democracies.

European governments are taking various steps in response. They have tried to educate voters on how to identify fake news and have threatened retaliatory measures against Moscow if its subversive activities persist.

The EU has even created a team whose mission is to address “Russia’s ongoing disinformation campaigns” by weeding out false or misleading online news.

Despite the various successes it can plausibly claim, election interference can also backfire on Russia. US intelligence agencies have traced the hacking of the Democratic National Committee computer systems back to the highest levels of the Kremlin and before leaving office in January, President Barack Obama imposed a range of sanctions and other retaliatory measures on Russia.

Such public hacking and disinformation campaigns have further damaged its relations with the West. Russia will now be the primary suspect for any electoral problems or irregularities in the future.

With Brexit negotiations, the rise of anti-EU and anti-establishment political parties, and the uncertainty surrounding the presidency of Donald Trump, Europe already faces a precarious moment. But since Russian disinformation campaigns target the very foundations of liberal democracy, they represent something perhaps even more sinister, threatening, and potentially destructive than Europe’s many other troubles.

CNN: “White House staff told to save records on Russia”