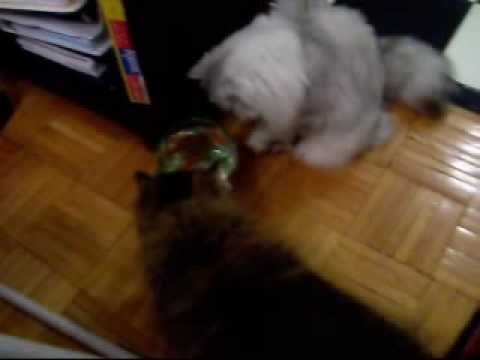 March 21 was the Persian New Year (Now Ruz), marking also the first day of spring (the vernal equinox). In Iran on that day it is a custom to set out a table top with 7 things on it, the names of which start with “s” in Persian. In modern Iran it has become customary also to put out a bowl with goldfish in it, as a symbol of the constellation Pisces, which the sun enters on the vernal equinox.

The problem is that people don’t really want to keep and feed goldfish all year round, so they typically flush away 5 million of them every spring when the festivities end. Last year President Hassan Rouhani declined to put out a goldfish, implicitly joining with animal rights protesters in Iran, who want to stop the annual great goldfish genocide.

Since the internet is mainly about cats, IC is illustrating this problem with a video of a cat terrorizing the New Year goldfish in an Iranian home: