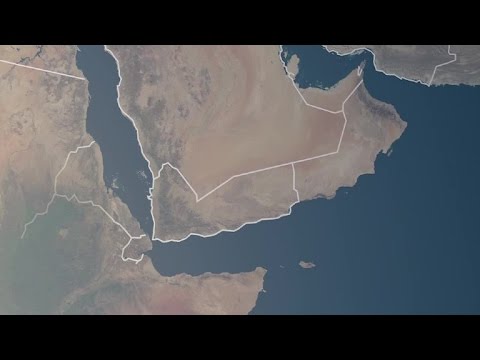 Saudi Arabia’s Yemen war has reached a dead end. Launched in late March 2015 to restore President Abd Rabbu Mansour Hadi to power, either by subduing or by eliminating the Iran-backed Houthi rebels and their allies, the war is entering its third year. The top political and strategic goal of reinstating President Hadi to power is still remaining a goal on paper. Contrary to expected politico-strategic gains, the Houthis are controlling most parts of north and northwestern Yemen, with a tight grip over Sana’a, the Yemeni capital.

Diplomatic maneuvers to find a way out of the war have not yielded any positive outcomes so far either. The UN-mediated peace talks, hosted by Kuwait from late April to early August 2016, ended up in failures, as gaps between the warring sides did not close enough to hammer out a lasting solution. Yemen is now run by two rival governments – the Hadi government based in the southwestern seaport of Aden, and the Sana’a-based Supreme Political Council, jointly controlled by the Houthis and former President Ali Abdullah Saleh’s General People’s Congress party. Since no side is capable of overpowering the other, a divided Yemen looks set to continue in the foreseeable future, until and unless the UN succeeds in pulling a rabbit out of the hat.

For Saudi Arabia, the war has been a bizarre experience, however. Being the largest and most powerful country in the Gulf Arab region, the kingdom is losing the Yemen war militarily, diplomatically and financially. The incapacity to strike a favorable change in the battlefield, even after being directly aided by a 9-nation Arab coalition and indirectly assisted by the U.S., or create enough diplomatic pressures to bear down on the Houthi rebels to accept a negotiated settlement of the war are no less than a telling blow to the military prowess and diplomatic feat of the Saudis, not to speak of the huge financial losses they continue to incur (an estimated $200 million costs per day). A snapshot at the war situation speaks of at least five lessons Riyadh stands to learn from its abortive war on Yemen.

To start with, German military theorist Carl von Clausewitz once said: “War is the continuation of politics by other means”. But a miscalculated (or probably an unnecessary) war is bound to be counterproductive, dragging the invading and the invaded states down the road to political, economic and military ruins. Saudi Arabia has traditionally considered Yemen its underbelly, a backwater state that has heavily depended on Saudi financial aid and assistance, especially after the reunification of North Yemen and South Yemen in May 1990 (with the exception of temporary aid cuts in the wake of the 1991 Gulf War). Before the invasion was launched in March 2015, the Saudis had the perceptions that their mighty army and air force would quickly sweep away the impoverished, aid-dependent Yemen by forcing the Houthi rebels to surrender. The reality turned out different though. The war has, in fact, brought a new opportunity for the Houthis and their allies to prove their political and military resilience. The Houthis are now a formidable force to reckon with and an indispensable party to future peace settlements in Yemen.

It appears that the Saudis learned nothing from America’s military debacle in Iraq: what the neocons in the George W. Bush administration saw as a brief invasion of Iraq in March 2003 subsequently proved to be a very long and costly war in terms of unforeseen human and material losses – thousands of American lives along with nearly a million Iraqis killed and wounded, and 1.7 trillion dollars lost as direct war expenses, according to a study by the Watson Institute for International Studies at Brown University.

Similarly, the poor Yemenis are paying the ultimate price of the war: more than 10,000 Yemenis are killed so far, with children being the principal victims of the war, and the destruction of schools, hospitals and power plants by Saudi airstrikes. More ominously, a humanitarian disaster of unspeakable proportions is threatening the total collapse of Yemen.

That political problems defy military solutions aptly appears as the second lesson of the war. The Houthi rebellion in Yemen was/is a political issue, with ramifications for the entire Yemeni political system. The Houthis, named after a Yemeni Shi’a legal scholar Husayn Al-Houthi, started their movement in the early 1990s to preach tolerance and peace but the movement gradually turned violent to protest the socio-economic and political marginalization of the Zaydi Shi’as by the central government of Yemen. Over time the Houthi movement created more political complexities threatening traditional Saudi interests in Yemen. Traditionally, Riyadh has sought to buy Yemeni loyalty for generous economic handouts, either to curb Yemen’s independent role in regional and international affairs or to punish Sana’a whenever it has tried to move out of the Saudi sphere of influence. The Houthis, who fought a brief war against Riyadh in 2009, decry such undue Saudi influence; they want to minimize, if not eliminate, Saudi influence over their country.

Empowered by the pro-democracy movements of the Arab Spring, they managed to overpower the Al-Islah Party and the Hashid Tribal Federation in eastern Yemen, two Saudi-supported Sunni political groups, that seriously undermined Saudi influence in Yemeni politics.

On top of that, the Houthi military push towards the south of the country in February 2015, being supported by Yemeni military units loyal to the former President Saleh, made the Saudis nervous that they were being completely shut out of Yemen. Riyadh immediately implicated Iran in the Houthi military campaign and opted for air operations to strike a massive blow to the Houthi rebels, instead of exhausting all available options for a negotiated settlement of the issue. This was a desperate attempt to put Yemen back on the Saudi orbit by any means whatsoever but it exposed the kingdom’s failure to build a strong Yemeni political coalition to challenge the Houthis from inside Yemen. The end result has been a disaster. The Houthi power is on the rise.

Military prowess is an essential tool to back up foreign policy objectives but there are limits to it. The stalemate in the Yemen war and the Iran and Russia-backed Bashar Al-Assad government’s recent military victory in Aleppo probably underscore another useful lesson (the third here) for Saudi Arabia. The Saudis see Iran as a fierce competitor for power and dominance in the Gulf neighborhood and in the wider Middle East region; they also denounce Iran’s role in the Arab world. But the use of military power presumably to beat back Iran, as in Yemen and Syria, has hardly worked. Riyadh’s dependence on its Western allies, particularly the U.S., for military operations in Yemen and Syria has pushed Iran to seek Russian intervention in support of the beleaguered Al-Assad government in Damascus, thus making the already unstable strategic landscape of the Middle East much more complex and volatile. At the same time, Iran’s deep military engagements in Iraq after the proclamation of the Islamic State in June 2014 and in Syria since 2011 largely precipitated Saudi military actions. What was missing is a process of diplomatic engagements to restrain military competitions between the two countries and to limit external involvements in regional conflicts.

Often as not, Saudi Arabia projects itself as an anti-Shi’a Sunni power creating a sectarian image and identity of the state. This might be a direct influence of the Wahhabi clerics and a part of the state formation process of Saudi Arabia but it sounds awkward to Muslims worldwide. Scared by the prospects of the rise of Shi’a power across the Middle East, late King Abdullah bin Abd Al-Aziz sent troops to Bahrain in March 2011 to quell the Shi’a-led pro-democracy movements, funded and equipped various Sunni rebel groups under the rubric of Islamic Army (a coalition of Islamist and Salafist armed groups) to topple the Shi’a Alawites-led Bashar Al-Assad government in Syria, and King Salman bin Abd Al-Aziz launched an air war on Yemen to force the Shi’a Houthi rebels into submission. Such sectarian roles undercut Saudi Arabia’s standing in the Muslim world. The kingdom is the birthplace of the Islamic religion, hosts and protects the two holiest sites of Mecca and Medina for all Muslim pilgrims from all over the world. In that sense, Saudi Arabia belongs to all Muslims, regardless of their sects, creeds and diverse traditions. The projection of a Sunni image of the state deprives it of a cosmopolitan Islamic/Muslim image to look after Muslim interests on a global scale – the fourth lesson derived from Riyadh’s recent regional foreign policy agenda in Yemen or Syria.

Last but not the least, false threat projections are proving dangerous to Saudi Arabia’s interests. It sees the Houthi rebels as Iranian puppets out to give Tehran a foothold in the southern edge of the Arabian Peninsula. In fact, the Houthis repudiate all foreign influences in their country – Saudi, Iranian or American. Iran’s involvement in the Yemeni war, if any, is very limited. Similarly, singling out Iran as a source of threat to Saudi Arabia is less than convincing. Iran is definitely a regional competitor, may not be a threat to Saudi interest outright. Separated by the Persian Gulf, there exists no serious territorial or resource sharing conflict between the two countries that would justify enemy image projections by either side. The ideological threat of export of revolution Ayatollah Khomeini made after the 1979 Islamic Revolution was effectively nullified by former President Mohammad Khatami in 1998. The use of Iran threat, apparently to conceal Riyadh’s political failures in Yemen, to declare war on the Houthis has got the Saudis bogged down in that country and there is hardly a way to get out of it quickly.

Mohammed Nuruzzaman is Associate Professor of International Relations at the Gulf University for Science and Technology, Mishref, Kuwait