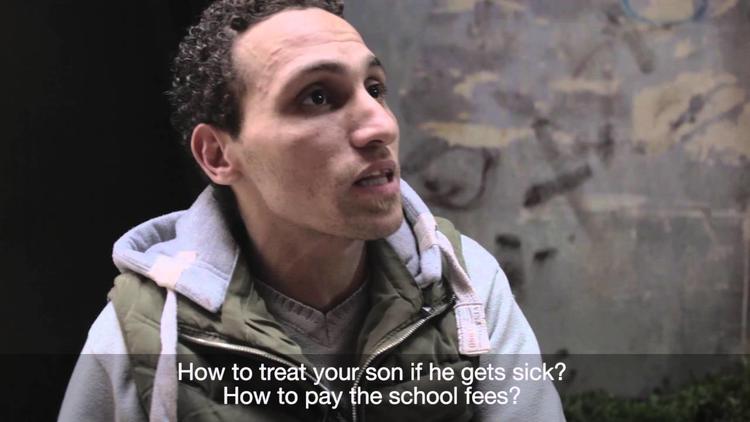 BETHLEHEM (Ma’an) — The United Nations Relief and Works Agency (UNRWA), the UN agency responsible for providing services to some five million Palestinian refugees, released a statement on Wednesday expressing concern over the escalation of violence in the city of Deraa in southern Syria.

According to UNRWA, the agency has been providing assistance to over 200 Palestinian refugee families who have escaped violence in the village of Jilin, located 25 km west of Deraa, over the past three days.

“UNRWA estimates that over 90 percent of the Palestine refugee families from Jilin have fled as a result of the escalation of armed violence reported to have started on February 20. The two UNRWA schools in the village are now closed,” the statement said.

UNRWA said it was “gravely concerned” about families who have fled from Deraa north to the town of Muzayrib, expressing that the town was “located in a hard to reach area” and that in order to receive humanitarian assistance in the form of cash for food, supplementary food parcels and non-food items, Palestinian refugees have to travel to Deraa — a 15-kilometer journey on a dangerous road, subject to sporadic closure, that can take up to eight hours to cover.

“The events which have taken place in Jilin are part of a larger pattern of population displacement caused by increased fighting in the south. The escalation of violence, in Deraa and the western countryside amongst the parties to the conflict exposes Palestine refugees to the risk of death and serious injury,” the statement said.

UNRWA cited sources as saying that in February up to four Palestinian refugees, including an elderly man and a child, were killed as a result of the fighting.

Additionally, the agency estimated that estimated 2,500 UNRWA students have missed an average of two weeks of schooling with intermittent school closures as of Feb. 12.

“As an imperative to protect lives, UNRWA repeats its demand that all parties to the Syria conflict comply with their obligations under international law and desist from conducting conflict in civilian areas. Armed groups and other parties must comply with their legal obligations to protect civilians and facilitate safe and uninterrupted humanitarian access to life-saving services and relief assistance,” the statement concluded.

The Syrian conflict began in the form of peaceful protests in March 2011 and quickly morphed into a civil war that has so far left more than 400,000 people dead and millions displaced according to UN estimates.

Over half a million Palestinians lived across nine refugee camps in Syria prior to the war, the descendants of some of the 750,000 Palestinians expelled from their homes during the establishment of Israel in 1948.

Syria’s civil war has seen many of these families displaced a second time, with up to 280,000 displaced inside Syria, a further 110,000 displaced to neighboring countries, including Lebanon, Jordan, Turkey, Egypt, and increasingly, to Europe.