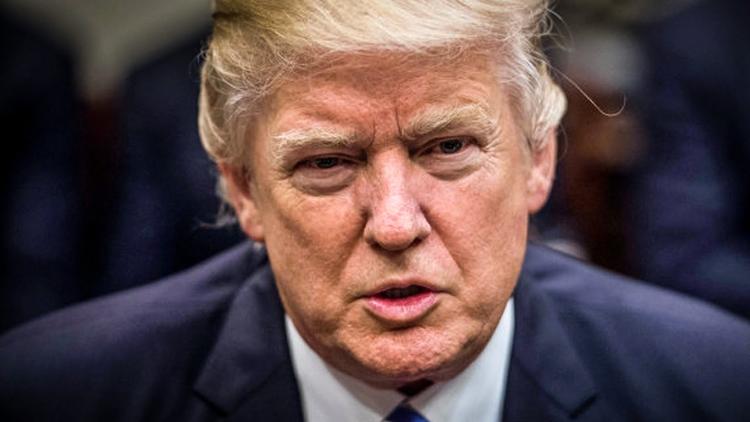 Many progressives are suffering Trump exhaustion. The new administration has set the country back on so many fronts that it may not even be possible to follow all the breaking, and very bad, news. Every time you take some comfort in a successful lawsuit against the dark side, a whole new set of evils are rolled out.

Trump wants the Environmental Protection Agency to declare that carbon dioxide is not a dangerous greenhouse gas, and to stop threatening polluting coal plants. And you might despair about that until your realize that what he’d really like is to abolish the EPA entirely.

Trump is authorizing oil pipelines like crazy and you might despair about that until you realize that he wants to use hydraulic fracturing to fill them with oil, visiting enormous environmental degradation on a wide swathe of America.

Trump put Alabama’s Jeff Session in charge of the Department of Justice to back voter suppression efforts of southern states, who are on the verge of re-instituting Latin exams for African-American voters. And you might be depressed about that until you realize that his real goal is a permanent Republican majority.

Trump wants to cut virtually all federally supported research, scientific or in the humanities, including on diseases like cancer and on climate change, and you might be distressed about that until you realize that he and his cronies would like to substitute state propaganda for science entirely, instituting the first post-Stalinist Lysenko State.

Trump wants to try to enlist the Federal government in a fight against local attempts to raise the minimum wage to $15 an hour. And you might be depressed about that until you realize that he probably doesn’t want a minimum wage at all.

Trump wants to overturn Roe v. Wade and reduce American women to the same estate as the Irish and the Iranians. And you might be depressed about that until you realize that he wants actually to throw women in jail for having abortions, as he told Chris Matthews, and wants to whittle away and women’s rights in general.

Trump wants to abolish internet privacy and allow private corporations to sell your browser history without your knowledge to other corporations. And you might despair about that until you realize that his ultimate goal to to get rid of net neutrality and make sure we can only visit the web sites of a handful of huge media conglomerates if we want the site to load in less than half an hour.

Trump wants a ban on entrants from six Muslim countries and you might despair about that until you realize his real goal is a complete Muslim ban, followed by a complete Mexican ban.

Trump wants to move the US embassy to Jerusalem, which international law does not recognize as Israel’s capital (it is a matter for final status negotiations with the Palestinians)– an action that will deeply anger and set against the US 1.6 billion Muslims. And you might despair about that until you realize that Trump likely will throw the weight of the US government behind the determined and concerted Israeli government project of putting hundreds of thousands more Israeli squatters on land in the West Bank stolen from Palestinian owners– with the likely ultimate outcome of their being made completely homeless in their millions.

The one thing of which I am sure is that we must not allow ourselves to be enervated and exhausted by Trump Fatigue. We have all been working toward certain societal goals, and we’ll just have to keep at it. We’re being made to take a step back on many fronts. But let’s quote a rightwinger right back at the administration: “Bad! Bad! What? Does he not–go back?” Yes! But you misunderstand him when you complain about it. He goes back like every one who is about to make a great jump forward.” – Nietzsche, Beyond Good and Evil.

We will make our great jump forward, and will set records precisely because we have been backed up so far and have room to build up speed when we turn it around.

The Ring of Fire: “Trump Has Weakened America By Destroying Environmental Protections”