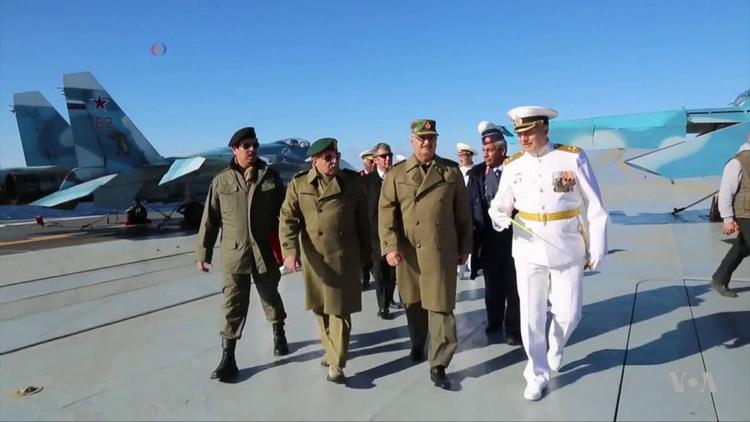 Reuters is reporting that some 22 Russian special operations forces have set up a base in Western Egypt near the Libyan border in preparation for an intervention in Libya.

The warlord of eastern Libya is Khalifa Hifter, whose military forces serve one of Libya’s two parliaments, the House of Representatives in Tobruk. Hifter’s forces expelled fundamentalist religious militias from Benghazi, which his forces now control. His men had asserted control of the “oil triangle,” including Ras Lanuf. Obviously, whoever controls Libya’s oil would reap a massive windfall, making them even more powerful over time.

But Hifter’s forces in the oil triangle have recently been expelled by the very same radical fundamentalist militias, prominently al-Qaeda and the Benghazi Defense Brigades, that he had kicked out of Benghazi. And after they build up their coffers by smuggling some petroleum out, they talk about marching on Benghazi and taking it from Hifter, making it a base for Muslim radicalism.

It is these reverses in the oil triangle for Hifter’s forces and the threat that radicals could attack Benghazi that likely alarmed the Russian military enough to cause them to intervene. Obviously, 22 commandos are not very many, but maybe they will be spotters for the air force.

Washington is worried that Russia plans to repeat its Syrian tactics in Libya and that it wants to recover Libya as a Russian sphere of influence, as it had been under deposed dictator Muammar Gaddafi.

Despite Russian denials, it is plausible that Russian forces are trying to intervene covertly in Libya. Any such intervention appears for the moment to be targeted and small, unlike the situation in Syria.