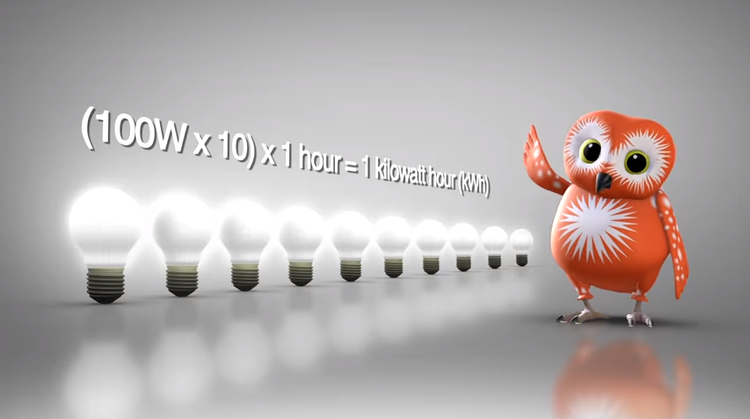 Trump’s Executive Order deregulating dangerous gas emissions is being signed today at the Environmental Protection Agency. This is the greatest mean-spirited reversal since the Red Coats, defeated in 1783, returned in 1812 and burned down the White House.

Trump can use the might of the Federal government to increase harmful emissions (thus making Rex Tillerson and his cronies even more fabulously wealthy, at our cost and that of all future generations).

It is because of that number that planned new coal-fired electricity plants in the world fell by 2/3s last year. Coal is in freefall.

If you went out and built a new coal plant today to generate the electricity to power your light bulbs, how much would it cost you to keep 10 hundred-watt bulbs on for an hour?

Between 8 and 15 cents. So your electricity would cost $0.08 to $0.15 a kilowatt hour. When you get that $200 bill from your electric utility, that’s the basis for what they’re charging you. (There are also extra charges, including for maintaining the transmission wires e.g.).

So what if I told you it is possible to cut your electricity bill from $200 a month to $50 or less? That would be like getting a $1800 annual pay raise.

So a huge, real-life energy utility, Xcel, has just announced that it is investing several billion dollars in building 11 wind farms in a seven-state area that includes Colorado. These wind farms will generate enough electricity to power a million households. There are only 124 million households in the US, so this will be 1/124th of them. We just need more wind farms like these 11 and in theory we could power the whole country.

How much will it cost this company to generate that electricity by wind in 2017?

A wind farm can be built in 18 months, and the fuel is free. Admittedly, Xcel is here making extra money through a Federal offset for wind farms that will go away over the next 5 years. But at 2 cents a kilowatt hour, the wind farms would be competitive with coal in any case. More than competitive. Like you’d have to have your head examined to build a coal plant at these prices. 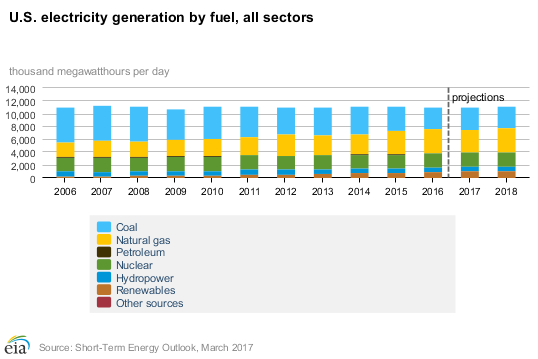 Coal, natural gas and petroleum are actually much more expensive than they seem on the surface. Coal should probably be figured at at least 44 cents a kilowatt hour because of the deadly air pollution and climate change effects caused by burning it. Economists typically don’t take these “externalities” into account.

Also, we need a new electric grid in order to send cheap electricity around the country. Xcel has its 7-state wind corridor, but there is almost no wind in the deep South. On the other hand, there is lots of solar in the deep South, though it is not being exploited because so many Southern politicians have been bought and paid for by Big Carbon. In any case, we need to be able to bring the electricity from where it is generated to the cities where it is used.

So, Trump can try all he likes to undo Obama’s EPA rules that disadvantage coal plants because carbon dioxide is a damaging emission. Not only will the courts strike him down if he tries to go too far but the market and technological change are already making coal a dinosaur, and gas and oil will soon follow it into the Chicxulub crater.

What we remember about Nero is that he fiddled as Rome burned. But what we remember about Rome is all the other history that happened there when Nero wasn’t emperor. Trump will be remembered as a dumpster fire of a president. A green, sustainable United States of America will leave him behind in the dust.