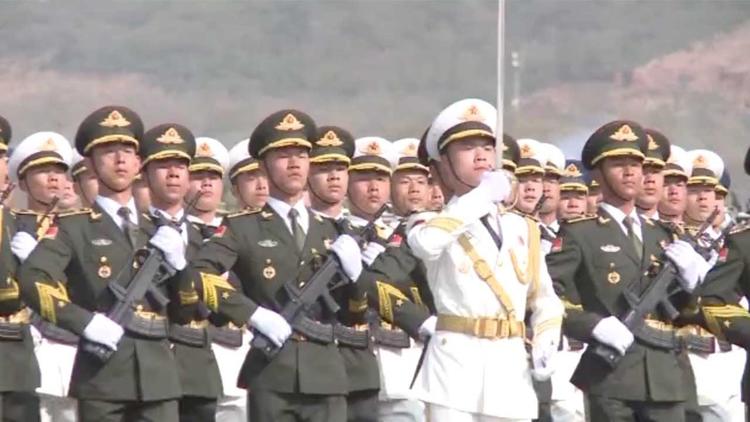 The US foreign aid budget is not mainly about helping the poor. It is an instrument for buying influence in countries important to the US. The poorest countries in the world do not get much help from the US. Israel, which is a wealthy country, gets over $3 bn. a year, some of it going to Israeli civilians! Egypt is a relatively poor country, but most US aid to Cairo goes to the Egyptian military. In fact, they don’t need or know what to do with all those Apache helicopters, which are mostly just warehoused. This military aid to Egypt is a bribe for them to continue to honor the Camp David peace accord with Israel.

Taken as a whole, foreign aid makes up about 1% of the US budget (the public thinks it is 25%). It is a minor amount, but the Trump budget to be voted on later this week cuts it by about a third. These are the top recipients with total sums, below.

Since Israel and Egypt are teflon, the cuts will fall on other countries, and fall heavily. Afghanistan may have to make do with more like $3 bn. a year. Iraq, still struggling against Daesh (ISIS, ISIL), with some 5,000 US troops on the ground, may also see heavy cuts. And to get a savings of $8-10 billion, perhaps Trump will have to cut Pakistan, Jordan, Kenya, Nigeria, Tanzania and Ethiopia entirely.

Since the aid is intended to win influence, the obvious conclusion is that cutting the aid will significantly reduce US influence.

Does it matter? Well, if Trump wants to turn Afghanistan around, he will find that he needs Pakistan (however much its general play a double game, supporting some radicals to keep influence in the Pashtun areas of Afghanistan). Losing all or most influence in Islamabad would be bad for this effort.

The Afgan paper Hewad reported on 15 March according to BBC Monitoring,

“Speaking on contacts between Trump and Ghani the Afghan ambassador to Washington Hamdullah Mohib has said: Trump’s questions and long conversation were noteworthy. Trump asked: What does Afghanistan need to become economically self-reliant? How can the mines industry and trade be developed in Afghanistan? According to Muhib, Trump paid close attention to the answers given to his questions.”

The paper argued that Trump is about to drop Pakistan, and it hopes that Afghanistan would benefit.

Pakistan is a country of nearly 200 mn. people and is the sixth largest country in the world by population, and is highly strategic.

Remember that Afghanistan is landlocked and needs export routes to the Persian Gulf for shipping. Those go through Pakistan. Some could go through Iran, but Trump would like that even less.

But it isn’t just an issue that US foreign aid is intended to get specific diplomatic work done.

The US is in competition with other powers for the political support of countries such as Pakistan and Tanzania. Cutting their aid is a form of shouting at them to go away and find some other friend.

China is poised to move in to replace the US where it can. Its foreign aid budget is about 1/4 of that of the US. But even $10 bn goes a long way in many poorer countries.

The Chinese have been willing to share Pakistan with the US in the past, as a friendly nation with a substantial military and a nuclear arsenal. But they will be even happier, no doubt, to have it all to themselves.

China has emerged as a top aid donor to countries like Kenya, which appear to be on Trump’s chopping block.

So at a time when Trump wants to win in Afghanistan he is giving Pakistan away to China, and giving away much of Africa to China, as well.

The danger is that the US will end up like Trump himself, living in a gilded tower, isolated and with no significant friends or allies, open to a debilitating belief in conspiracy theories.

China will know what to do.