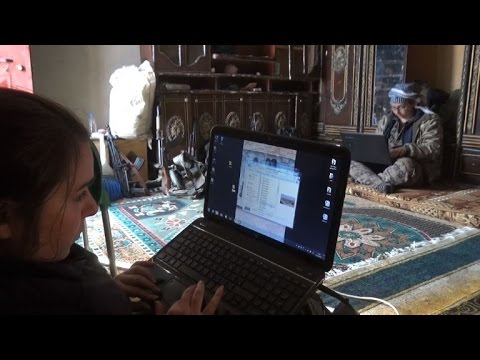 By Clemens Hoffmann and Can Cemgil | (The Conversation) | – –

The Trump administration’s plans for the war against the so-called Islamic State (IS) are at last becoming clear. And it seems his still-young government has chosen which ally to put first: the Syrian Kurds.

On February 24, the US’s top commander in the Middle East, General Joseph Votel, visited Syria’s Kurdish city of Kobanê and pledged increased military support for the Kurdish-led Syrian Democratic Forces (SDF), including the US’s own direct involvement. After his visit, the Pentagon released its revised strategy to defeat IS in Syria, commissioned by the Trump administration. It sets out a plan to seize the de facto IS capital city of Raqqa, hingeing on strategic and material US support for Syrian and Kurdish forces on the ground.

The plan puts an end to speculation over which ally the US would choose, and implies that the Kurds might yet enjoy long-term American support for their Syrian battles. It also signals that a new, previously inconceivable geopolitical alignment is taking shape. So what made the US take the Kurdish side?

Compared to its predecessor regime, the Trump administration has highly ambiguous relationships with the State Department and the CIA, which were always relatively responsive to Turkish worries about the Syrian Kurds. Trump himself clearly prefers military men and their opinions. The US military is increasingly distrustful of Turkey’s leadership, especially purges in Turkey, which have left many pro-American senior Turkish officers in jail, unemployed or on the run.

This distrust has been reinforced by Turkey’s on-off relationship with Russia and Ankara’s repeated suggestion that it might pivot eastward should Washington back the Syrian Kurds or fail to extradite Fethullah Gülen, a cleric Turkey accuses of orchestrating 2016’s failed coup from exile in the US. Turkey views this as a game of sides, and the Trump administration now seems to have picked one.

More surprisingly still, Washington’s increasingly pro-Kurdish stance puts it on side with two of its own and Turkey’s major rivals: Russia and Iran.

Turkey, Russia and Iran are formally co-operating in the Syrian peace talks known as the Astana process, but Turkey has frequently been described as the weakest link in this triangular relationship. It has officially struck a détente with Russia, but tensions with Iran have worsened of late. For all that their interests might occasionally overlap, the two countries are still competing for regional supremacy. Both know that only one of them can have it.

The Kurdish question is in play here, too. Iran is clearly not entirely opposed to some form of Kurdish autonomy in Syria – and that could be a significant barrier to Turkey’s regional ambitions, offsetting any power given to the more pro-Turkey Kurdish factions in Iraq.

Russia, meanwhile, is trying to contain Turkey with flexible but principled support for Syrian Kurds, openly supporting their aspirations to self-administration and their idea of turning Syria into a federal state. Moscow’s pro-Kurdish policy may also help it force the Assad regime to toe its line if necessary, as it recently had to do at a thorny moment in east Aleppo.

Ultimately, Russia wants to showcase Syrian Kurds to the world as an alternative non-Islamist Syrian opposition to the world: a secular force, willing to negotiate and co-operate with the wider world against IS and other extremists. If this can be done, it could help delegitimise not only Syria’s Sunni opposition groups, but also the purportedly moderate opposition forces allied against Bashar al-Assad within the Free Syrian Army (FSA).

Moscow also intends to install a buffer zone in Kurdish-led areas of Syria to separate Turkish/Syrian rebel forces from the SDF and Syrian government ones. Turkey has tentatively welcomed this approach, but there are signs the situation is even more complex than it appears: while US special forces publicly deny that they know about this deal or are collaborating in it, there are reports that they are in fact patrolling the area.

However contingent and fragile it might be, this convergence between Russia, Syria and Iran puts Turkey in a strategic and practical bind. This comes just as President Erdoğan is ramping up for a constitutional referendum that could grant him an executive presidency with sweeping powers. If he wants to win that vote, he must keep the forces of Turkish nationalism on his side, and that in turn significantly raises the stakes of the anti-Kurdish intervention in Syria.

But while Turkey may be an unpredictable player with bad options, it is nonetheless still projecting serious power and making its determination clear. The Turkish-backed FSA is mounting sporadic attacks from Turkish-controlled zones around the flashpoint city of al-Bab, raising the possibility of a wider conflict between Turkey and the SDF. With the US now apparently taking the Kurdish side, that could be a highly explosive situation.

As for the future of the wider Middle East, things increasingly seem to revolve around the geopolitical behaviour of the Syrian Kurds. Whether through skillful realpolitik or by sheer happenstance, they are becoming kingmakers. With four major powers hovering over them, they have the leverage to decisively reshape the geopolitical contours not only of Syria, but of the whole Middle Eastern order.