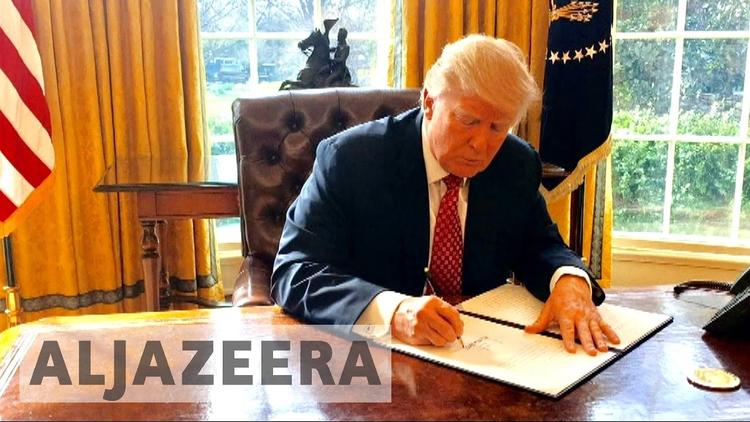 Whether or not the new Trump Executive Order banning visas for citizens of 6 Muslim-majority countries for a 90 day period and likewise excluding all refugees for six months stands up in the courts, it is still a piece of sordid bigotry.

The rationale for the EO as articulated by Attorney General and notorious racist Jeff Sessions is that the countries affected by the ban are in a state of disarray and so cannot effectively vet their citizens for emigration to the US. Or, he says, the country is a supporter of terrorism. But Iraq, which has been dropped from the list, is the most fragile of fragile states and half of one of its major cities is in the hands of Daesh (ISIS, ISIL). And the fact is that one of the countries on the list, Iran, is America’s best friend in the fight against ISIL in Iraq. So the geopolitics of all this are screwy and inconsistent (i.e. hypocritical).

The way you can tell that the list is generated by prejudice rather than security concerns is that there are plenty of states that are in worse shape than some of the 6 named but which are not Muslim-majority. 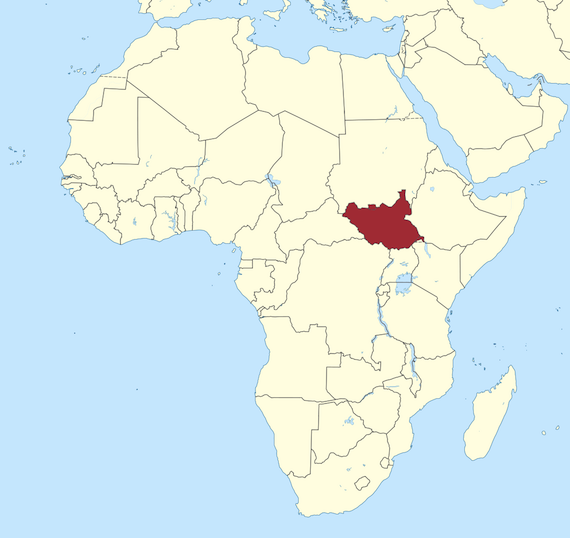 For instance, take South Sudan, which is mostly Christian. The US conspired to detach it from Sudan proper, and succeeded in 2011, but then the Dinka and Nuer ethnic groups promptly fell into a civil war with one another. The country is on the verge of mass starvation because of the disruptions of this civil war. Government officials have been accused of corruption by George Clooney’s organization and of being implicated in war crimes. South Sudanese wanting to come to the US could no more be vetted by the “government” than they could be provided with unicorn milk. As for violence and terrorism fears, fighters on both sides of the civil war have committed “killings, rapes and gang rapes, beatings, looting, and harassment, often along ethnic lines.” Any former fighters who tried to come to the US might well be recommended by cronies in the “government,” but they might be war criminals. Why is South Sudan not on the list? Over 60 percent of its citizens are Christian. Another 32 percent practice traditional African religion, and only 6% are Muslim.

I am not arguing for excluding South Sudanese. I am saying that there is no criterion that, if uniformly applied, could account for banning Muslim Somalis but not Christian South Sudanese. 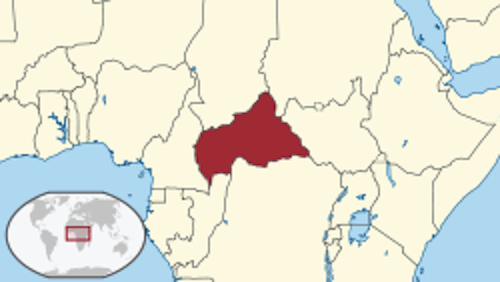 Or take the Central African Republic, 80% Christian, which has seen substantial civil strife and where Muslims are sometimes currently persecuted, in reprisal for an attempted coup by a militant faction in 2013. I wish President Faustin-Archange Touadéra well, but it is highly unlikely that he can efficiently vet emigrants from his country, where there has been a lot of civil violence.

Don’t get me going on the Congo, D.R. Or even down the Fund for Peace fragile state index, places like Nepal or Cambodia.

Again, I don’t think anyone should be excluded. But by Sessions’s stated criteria, there would be more exclusions than 6. And the further countries banned would not be Muslim-majority.

Besides, we know why Trump and President Bannon are instituting this ban, and it has nothing to do with fragile states or terrorism. The Department of Homeland Security’s own report disputed the need for or efficacy of this 6-nation ban.

Trump, Bannon and Miller are white supremacists and pretty much view Muslims the way Hitler did, as “painted half-apes that ought to feel the whip.”

Trump said during the campaign that he wanted a Muslim ban.

And Rudy Giuliani let the cat out of the bag on live t.v.: “I’ll tell you the whole history of it: When he first announced it, he said ‘Muslim ban.’ He called me up, he said, ‘Put a commission together, show me the right way to do it legally.’”

It is shameful, and will cost America in science, medicine, engineering and entrepreneurship, i.e. the fields that contribute to US geopolitical power. It will also cost us incoming tuition dollars and tourism. A 3,000-person conference just switched from Philadelphia to Mexico City to protest the New American Racism. It isn’t so much that immigrants from the 6 countries are crucial for us as that many people will boycott us on the grounds of our racism. And it is hard to argue against them.