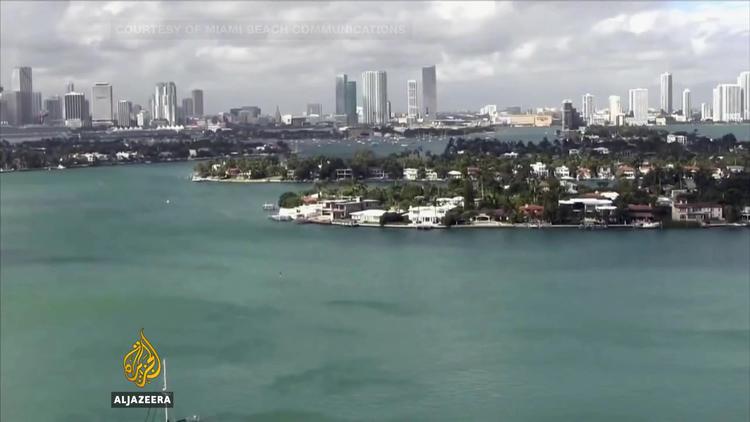 The latest executive order is seen by critics as a reckless attempt to boost energy industry profits at the cost of the environment and public health.

U.S. President Donald Trump made good on campaign promises Tuesday, signing an executive order reversing measures put in place by the Obama administration to address climate change. The move — which critics see as a cynical attempt to boost the profits of Big Oil to the detriment of the environment and public health — represents another offensive in the Trump administration’s dizzying campaign against modest regulatory measures put in place by past administrations.

“I am taking historic steps to lift restrictions on American energy, to reverse government intrusion, and to cancel job-killing regulations,” Trump said at the Environmental Protection Agency headquarters while surrounded by coal miners, even though many argue it’s coal companies, not miners, that will benefit from the decree.

The primary aim of the order is to undo former President Barack Obama’s Clean Power Plan, which required states to collectively cut carbon emissions from power plants by 32 percent below 2005 levels by 2030, a component of the United States’ commitments to a global climate change accord reached by almost 200 countries in Paris in 2015.

Billed as an “Energy Independence” order, the decree also opens the door to leasing federal lands to coal companies, shreds rules meant to lower methane emissions from oil and gas facilities, and frees federal officials from taking climate change into due consideration when issuing permits and making policy.

“Champagne corks are popping in the boardrooms of big corporate polluters as they celebrate this ill-disguised fossil fuel industry wish-list of an executive order, which will wreak havoc on efforts to tackle climate change and protect our communities,” said Earthjustice President Trip Van Noppen.

In the eyes of Trump’s support base, the regulations represented “madcap environmentalism and bureaucratic bloat” supported by “shoddy, self-serving, and doctored” science, as far-right flagship publication Breitbart claimed in an editorial. The stance is backed by members of Trump’s administration, and Trump had promised during his campaign to pull the U.S. out of the Paris climate accord.

Despite the so-called “climate realism” of the extreme right, however, there is an overall consensus within the scientific community backing the position that the use of fossil fuels is the main driver of climate change.

Friends of the Earth U.S. President Erich Pica’s fury was apparent in her statement on the executive order, claiming that it “rewards Trump’s cronies in the Energy Industry while condemning people around the globe to poverty, famine, and death from climate change.”

Al Jazeera English: “The politics of climate change in the US – TechKnow”