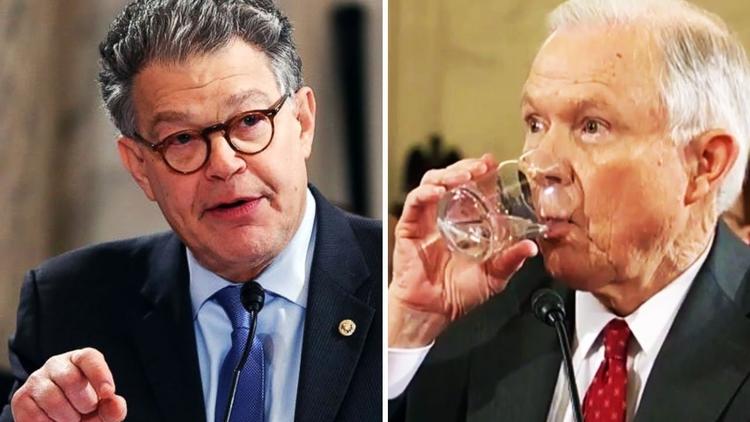 Americans have become deeply concerned about Russia. Some 75% of them see it as a very or moderately serious threat. This, according to an ORC/ CNN opinion poll. They are ranking it just after North Korea and Iran. This level of anxiety about Moscow is irrational, but likely it has to do with fears of Russian interference in the presidential election. Some 55% are somewhat or very concerned “that people associated with Donald Trump’s campaign had
contact with suspected Russian operatives during last year’s campaign.”

As news broke that Attorney General Jeff Sessions likely had a third previously unreported meeting with the Russian ambassador during the presidential campaign, when Sessions was a Trump surrogate, opinion polling shows that a majority of Americans want Sessions to resign because, they say, he lied under oath. A plurality, of 43 percent of Americans, have a negative view of him versus 23 percent who are positive.

I can’t think of a moment in my lifetime when scandal erupted in a new administration with this ferocity. Most Americans probably never even knew who most of the attorneys general were, much less wanted them gone within a month of their swearing in.

The scandal over contacts between Russia and Trump and his cronies during the campaign season is not going away, with 62 percent of Americans saying it is a somewhat or very serious issue.

While Trump came into office bashing China and cozying up to Russia, the American public has the opposite point of view. While 75% have apprehensions about Russia, some 50% view China favorably.

There is just as big a divide on many domestic issues, according to Quinnipiac.

Some 63% of Americans want undocumented immigrants to have a path to citizenship rather than be summarily deported.