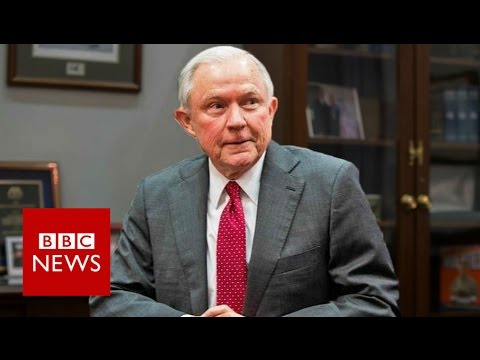 We’re hearing a lot about American reactions to news that AG Jeff Sessions met twice with the Russian ambassador and then lied about it in his testimony to the Senate. But what does the Russian press make of all this? It seems to admit Trump sympathy for Russia and his desire to lift sanctions. It sees him as having to be cautious because of anti-Russia hawks like Sen. John McCain. And it thinks Trump should stand behind his people who have been accused of having a Russia connection, since giving in, as he did in the case of Mike Flynn, will only encourage the hounds to nip harder at his heels. Some reports attack the press, alleging that the Russia connections are made up out of venality and greed.

1. A Renat Abdullin article in Moskovsky Komsomolets argues that Trump made a huge error in letting Michael Flynn go as his National Security Adviser, over allegations that Flynn lied about his phone calls with the Russian ambassador. The author implies that firing Flynn only encouraged Trump critics now to go after attorney general Jeff Sessions for his contacts with Russia.

2. An article by Moscow Carnegie Centre expert Alexander Gabuyev entitled “Rules of the Game” in Kommersant maintains that President Trump “definitely wants to get rid of sanctions against Russia.” He does not have complete freedom to maneuver in this regard, Gabuyev says, but the “managerial chaos” afflicting Washington DC at the moment provides opportunities for Trump to get around sanctions on Russia.

3. NTV, owned by Russian gas giant Gazprom, reported this week on the allegations that Attorney General met with the Russian ambassador to the US, Sergei Kislyak. It noted that Trump “said he fully trusted” AG Sessions. It went on to quote the Russian Foreign Ministry as saying that US media allegations about Sessions-Kislyak meetings were “media vandalism and an attempt to completely misinform the American and global public opinion”.

4. Pundit Yuri Rogulev told Kommersant that Donald Trump is the actual target of all the questions being raised about his cabinet members. “Members of the Congress want to smear the president’s image… and in the end… bring society to the conclusion that the leader of the country has to resign”.

5. The Moskovsky Komsomolets reported on Trump’s address to Congress. Its headline was “Trump: not a single word about Russia.” Sergei Samuylov argued in the article that Trump didn’t refer to Russia in his speech because he did not want to annoy US “hawks”, “such as chairperson of the Senate Armed Services Committee John McCain.” Samuylov concluded that “one should not rule out mending of Russian-US relations in the future . . .”

6. An article in Vedomosti by Olga Churakova was entitled “If not Trump, then Putin.” Churakova seems relieved that Putin has “reclaimed his leadership” in mentions by the mass media. For weeks, in January and into February, Putin had fallen behind Trump in regard to number of mentions in the mass media in Russia.