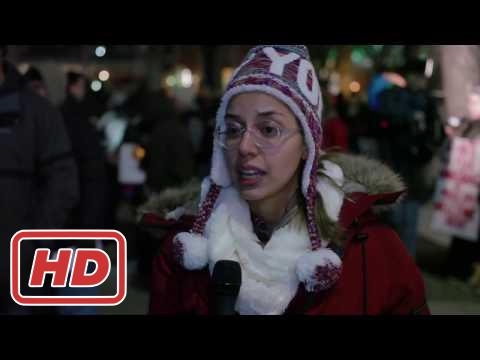 We ignore the terrorist threat from right-wing extremism at our peril. But the main threat to democracy in our time is even more insidious.

On 29 January 2017, a gunman opened fire in a mosque in Quebec City, Canada, killing six Muslim worshippers and wounding 19 others. 27-year-old Alexandre Bissonnette, a student at Laval University, and known for expressing far-right views, was named as the suspected shooter.

Canadian prime minister Justin Trudeau called the murders “a terrorist attack”, and though Quebecois prosecutors have so far only brought six charges of first-degree murder and five counts of attempted murder against Bissonnette, the attack meets any standard definition of terrorism. But the peculiarities of Canada’s criminal code, which requires prosecutors to prove ideological motivations and a group affiliation in order to charge a person for terrorist offences, makes it difficult for Canadian prosecutors to file this as a terrorism case.

For Norwegians, it struck an eerily familiar note. We are approaching the sixth year commemoration of the worst act of terrorism in modern Norwegian history. These attacks took place on 22 July 2011, when the white Norwegian right-wing extremist Anders Behring Breivik detonated a massive bomb at government headquarters in Oslo, Norway, and proceeded to the small island of Utøya, where he massacred scores of defenceless teenagers attending the annual summer youth camp of the social-democratic Labor Party of Norway.

Like Breivik, Bissonnette appears to have had a childhood which left him mentally scarred and socially marginalised in his environment. The attacks in Utøya and Quebec City illustrate that a pre-eminent terror threat in our age comes from what is known as ‘lone-wolf terrorism.’ In Breivik’s case, as has been the case for a number of ‘lone-wolf terrorists’ in recent years, the strategic inspiration was drawn from the advocacy of ‘leaderless resistance’ among white supremacist ideologues in the US dating back to the 1970s. These are the ideas which also inspired Timothy McVeigh, the man behind the Oklahoma bombings in 1995.

As in Breivik’s case, Bissonnette seems to have gone through a process of online ‘self-radicalisation.’ For Bissonnette, that process seem to have lasted no more than a year; for Breivik, it lasted several years longer. Once more in a Norwegian courtroom, this time over alleged violations of his human rights as a prisoner, Breivik last month declared his admiration for US president Donald Trump. Both Breivik and Bissonnette have sympathised with hardliners in the Israeli government, as well as Marine Le Pen.

But unlike Breivik, who fancied his terrorist attacks as a bizarre promotion exercise for his cut-and-paste ideological tract, Bissonnette appears to have left limited traces of his political sympathies, except for an attraction to far-right ideas, sentiments about Islam, Muslims and immigration, and a revulsion at purportedly ‘multiculturalist elites’ that he shares with Breivik. In the Norwegian context, it is often conveniently forgotten that Breivik toyed with the idea of massacring Norwegian Muslims long before he decided (fearing that such a massacre would elicit societal sympathies towards Muslims) to target Norwegian social democrats instead.

Breivik’s overriding and explicitly stated aim was to contribute to a situation of conflict, which he envisioned would, in the long-run, lead to the forced expulsion of Muslims not only from Norway but from Europe. The lessons that the world should have learned from the terror attack in Norway in 2011 was that we ignore the terrorist threat from right-wing extremism at our peril.

Since al-Qaida’s terrorist attacks on the US on 11 September 2001, most of the attention of terrorism researchers, international news media and mainstream politicians have been brought to bear on the terrorist threat from Salafi-Jihadist outfits such as al-Qaida and as of late, ISIS. That terrorist threat is – as attacks in France, Belgium, Germany, the UK, Denmark and Turkey show – all too real, and should not be ignored. In Norway, a relatively small nucleus of Salafi-Jihadist sympathisers going under the name of the “Prophet’s Ummah” has, since the outbreak of war in Syria in 2011, been central in the recruitment of an estimated 90 Norwegian Muslims, overwhelmingly from socially, economically and educationally-deprived backgrounds, to the killing fields of Syria and Iraq.

But a Norwegian government-commissioned report on the 22 July 2011 terrorist attacks did indicate that Norwegian intelligence services had, in the years prior to the attacks, been ‘blind on the right-eye’. So much so that until the next morning – long after Breivik was arrested by a SWAT team on the island of Utøya on the evening of 22 July, and was identified as a white Norwegian with professed right-wing extremist sympathies by Norwegian news media – the police security services were still focusing their intelligence gathering on Norwegian Muslims.

With that lens, it’s no surprise that congregants at the Islamic Center of Quebec City told journalists that they felt local police had not reacted with appropriate seriousness with regard to hate crimes against the mosque in recent years.

Large parts of the international news media’s coverage of the terrorist attack in Quebec and Breivik’s massacre in Norway are also telling. In 2011, international news media kept trotting out so-called ‘terrorism experts’, declaring with absolute certainty that Breivik’s terrorist attacks must be ‘al-Qaida’ – countless hours after Breivik had been arrested and identified by the Norwegian police and in the media.

Similarly, early reports in international news media about the attack in Quebec zoned in on the fact that the man detained along with Bissonnette after the attack (who later turned out to have been a witness, and was released without charges) was a Muslim of Moroccan origin. Fox News posted a tweet falsely alleging that the Quebec shooter was “Moroccan.” The same media outlet also trotted out as yet unconfirmed reports about the perpetrator having allegedly shouted “Allahu akhbar” in the mosque prior to the shootings.

In the cloud cuckoo land of the new White House press secretary Sean Spicer, the news of the attack in Quebec was even presented as a vindication of the Trump administration’s ban on immigration from a number of predominantly Muslim countries, as if the perpetrator was not a Trump sympathiser, and as if the victims were not all Muslims, and likely to have been targeted by Bissonnette for that very reason.

Meanwhile, in Norway, many other European countries and the USA, right-wing extremist groups have in the years since 2011 continued to grow in the shadow of the lavish media and political attention accorded to Salafi-Jihadist terror and ‘radicalisation’.

Less than six years on from Breivik’s terrorist attack, the Norwegian Police Security Services have published their annual open threat assessment for 2017. It once more places the threat from ‘radical Islamists’ on top of a list of potential terror threats to the country, claiming that “Norway has so far not been struck by…right-wing extremist violence and terrorism to the same extent as several other European countries.” A clearer example of official Norwegian denialism about Breivik’s right-wing extremist views and sympathies through resignification and reclassification would be hard to find.

Though there is no direct and unmediated causative link between right-wing populism and right-wing extremism, it is a myth that the worldviews propagated by ascendant right-wing populists on both sides of the Atlantic have nothing to do with right-wing extremist worldviews. Breivik’s ten years as an aspiring politician in the populist right-wing Norwegian Progress Party did not dent his successive ‘radicalisation’, and no doubt to his delight, the party entered the Norwegian government for the first time in its history on the back of its long-standing opposition to immigration and hostility towards Muslims in October 2013. Bissonnette himself appears to have been profoundly inspired by a visit to Quebec of the far-right French Front National politician Marine Le Pen in 2016.

In What is Populism?, Jan-Werner Müller correctly notes that the main threat to democracy in our time emerges from within. Müller identifies illiberal and undemocratic populism as that main threat. Right-wing extremism and salafi-jihadism do constitute the pre-eminent terrorist threat of our times; they are likely to continue to inspire people to kill and to maim, and to continue to try to wreak havoc on the social and political fabric of our societies. But compared to the threat against democracy, human rights and equal citizenship that a triumphant right-wing populism and its mainstreaming of hatred against Muslims and other minorities represent, right-wing extremism and salafi-jihadism are but distractions.