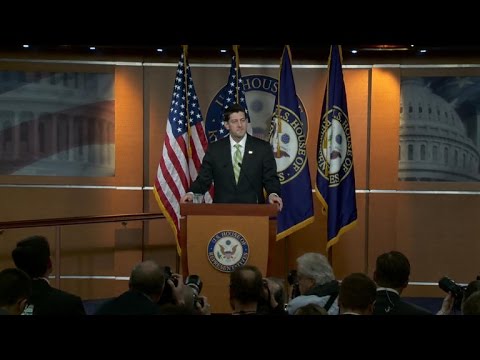 The struggle over health care in the United States is a form of class warfare, complicated by racism.

The Republican proposal for the “American Health Care Act,” as they called it, made this warfare clear. The bill was not so much a health care act as a massive tax cut for the wealthiest Americans, paid for by tossing 24 million people off health care insurance.

In fact the bill failed because it made the class warfare too transparent. You can’t give CEOs $500k tax breaks and throw 24 million people off health insurance and still be maintaining that you represent “the people.” When the GOP congressmen spoke on t.v. of letting the market solve health care, what they really meant is that the poor who can’t afford health insurance would just not be able to have it. In the US, unlike India, the poor don’t vote, so Congress has no reason to fear the poor. And since the corporations managed to largely get rid of unions, they don’t fear workers, either.

The outrage is Trump’s bait and switch. He campaigned on making sure everyone has health insurance. Then his healthcare bill massively reduces the number of people who have health care plans.

The US has a two-tiered society. The higher tier has health insurance through work. The lower tier is disproportionately uninsured. Uninsured in the US means, you get your health care at the emergency room, and there is enormous expense to taxpayers, and that you have little physician access or preventative care. (studies show that health depends on preventative care and physician access.) Or if you have a little money and you need a scheduled surgery, e.g. you lose your home or bank account to pay for it, pushing you into the ranks of the poor.

The US is the only major industrial society that does not guarantee access to health care insurance to everyone.

The rich did not for the most part want the Affordable Care Act (“Obamacare”). They instructed all the Republican representatives and senators to vote against it, and all did. (Despite the occasional populism of some of them, the Republican Party politicians mainly represent the interests of the richest people in society.)

The Democratic Party is a hybrid, representing the middle class and also some types of corporation (Hollywood, Silicon Valley, etc.) I think President Obama genuinely cares about people, but for a professional politician who is a Democrat, the ACA had many advantages– helping constituencies that vote Democratic and underlining the usefulness of government.

It seems fairly clear that the American public does not understand class conflict. They mostly were never taught sociology in school. The government turned over the limited resource of bandwidth to corporations that make money by broadcasting commercials by other corporations. Television tells generations of consumers from childhood that corporations are your friend, they are sort of like a loving big brother, they get you things that are neat, they have your best interests at heart. And this propaganda does seem to sink in.

In fact, for many in the top 0.01 percent, the ACA/ (Obamacare) involves a slight tax increase. Since they are fabulously wealthy, that tax increase did not hurt them. But they minded it because if you are fabulously wealthy you are trying to take over other millionaires and need every single bit of the resources you can muster for this game of “Masters of the Universe.”

So why isn’t the public enthusiastic about an Obamacare that insures them and their relatives?

In part it is because Republican statehouses have figured out the vulnerabilities of the program and deliberately pulled funding, making it expensive for some people in some states, or introducing other defects. Deliberately.

In part it is because of fears that the government will tax white people and give the money to brown and black people.

In fact, half of those under the poverty line are white. But the corporations and wealthy who do not want their resources being used to keep the poor alive will make sure to play on these racialized fears.

So the GOP attempt to destroy Obamacare was a raid by the filthy rich on the slim resources of the poorer neighborhoods. It was a bank robbery.

It failed, this time. But bank robbers are persistent. Willie Sutton (1901-1980), a notorious such criminal, was asked why he robbed banks, and he replied, “That’s where the money is.” The wealthy and their hired guns in Congress will be back at the earliest opportunity. And most Americans won’t even know what hit them.