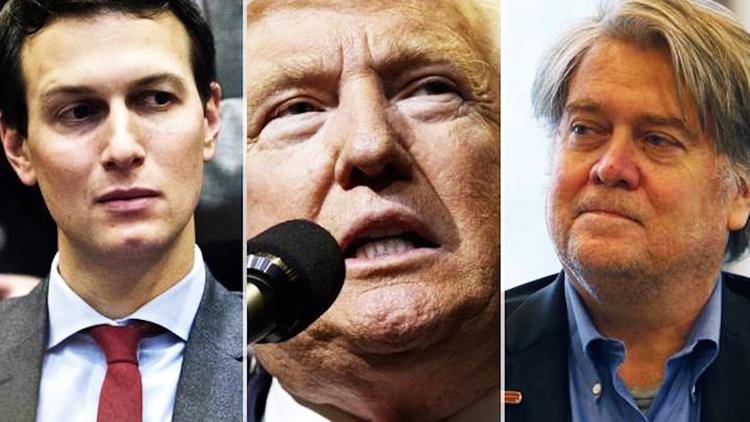 “The Trump Administration would like you to think they aren’t still plagued with infighting. Wrong. Sad. Babies. Ana Kasparian, John Iadarola, and Maz Jobrani, hosts of The Young Turks, discuss. . .

“White House advisers Steve Bannon and Jared Kushner are at war, creating the necessary conditions for a grand press narrative about the future of the administration, the country, and the world. The feud between the frumpy white nationalist and the preppy nepotism case “reflects a larger struggle to guide the direction of the Trump presidency,” the New York Times writes, “played out in disagreements over the policies Mr. Trump should pursue, the people he should hire and the image he should put forward to the American people.” In short, Bannon is pushing Trump to govern the way he campaigned while Kushner is urging him to adopt the sort of useless, elitist centrism that Kushner personifies.””